The Marine Corps Marathon wasn’t canceled because of the September 11 terrorist attacks, the D.C. Snipers, or Hurricane Sandy, but COVID-19 proved to be too much.

ARLINGTON, Va. (FOX 5 DC) - The Marine Corps Marathon wasn’t canceled because of the September 11 terrorist attacks, the D.C. Snipers, or Hurricane Sandy, but COVID-19 proved to be too much.

Organizers announced Monday that the 2020 Marine Corps Marathon would shift to virtual-only status due to public health concerns and local government guidelines. It’s the first time the event has been canceled in its 45 year history.

“We’re not doing it live,” Race Director Rick Nealis said. “But it is live. It’s alive in the hearts and the souls and in the minds of the runner. And you know sometimes that’s probably more powerful than the physical.” 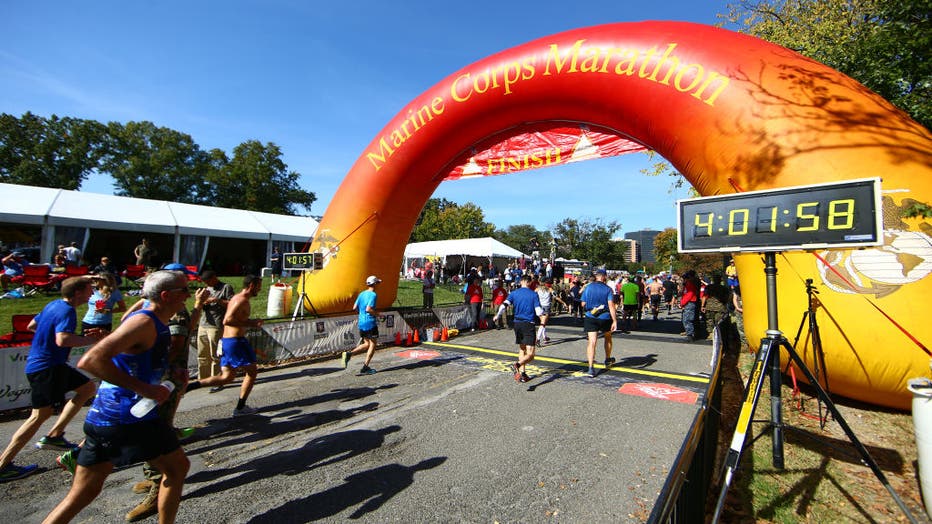 Then you’ve got the virtual marathon, which basically means you can do your 26.2 miles anywhere you want, including in the D.C. area, across the country, or even on a treadmill, Nealis said. That will cost $45 and participants will still get some in-demand items, like a medal, shirt, and commemorative face mask. Nealis explained that the virtual marathon will be an honor system, and participants need to complete it between October 1 and November 10.

Many runners said they understood the decision, including George Banker, who has already finished 35 Marine Corps Marathons. He spoke with the Washington Post earlier Monday.

“I think it was the right decision, and I think if anything people are definitely going to applaud that because the only other option was not having it at all,” the 70-year-old told Fox 5 DC Monday afternoon. “The thing that is priority number one is getting number 36, I don’t care how it’s done.”

Banker’s 35 finishes rank number 17 on the all-time list. He said he has no plans of stopping anytime soon.