The singer first released the song in 1994 as part of her holiday album.

It looks like Mariah Carey won’t be getting at least one thing she wants for Christmas this year.

The Grammy-winning singer was denied an application to trademark the phrase "Queen of Christmas." Carey filed her application with the U.S. Trademark Office in March 2021, according to multiple reports.

RELATED: 1-on-1 with Mariah Carey on her holiday classic, new Christmas special and more!

Citing the declaration, Variety noted that the judgment went against Carey because "no answer was filed" after Chan challenged the trademark attempt. In August, Chan filed a formal declaration with her attorney Louis Tompros opposing Carey’s trademark request. 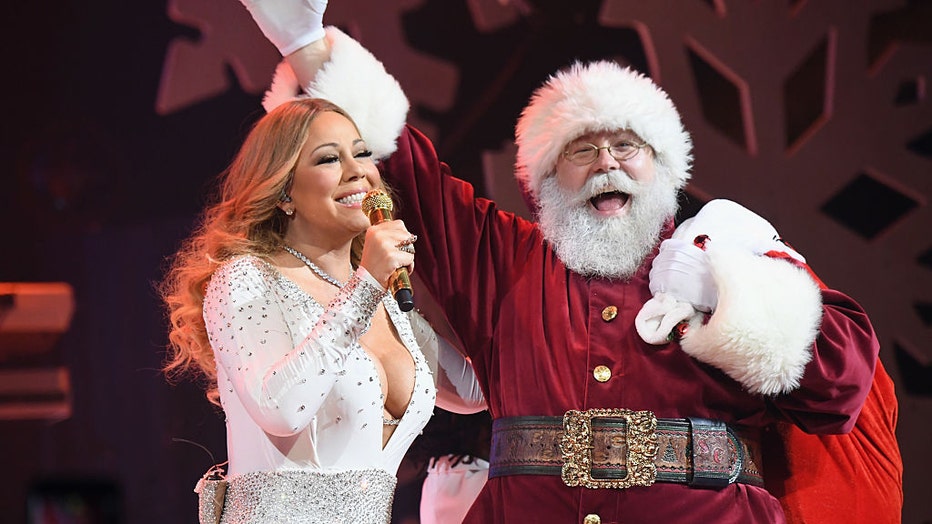 Mariah Carey performs during the opening show of Mariah Carey: All I Want For Christmas Is You at Beacon Theatre on December 5, 2016 in New York City. (Photo by Jeff Kravitz/FilmMagic for Mariah Carey)

Back in August, Chan and fellow singer Darlene Love expressed their displeasure with Carey over the move.

Chan has built a fan base by releasing Christmas music every year, and she even dropped an album called "Queen of Christmas," according to Variety.

Love's music has been popular during the holidays dating back to songs she performed on "Phil Spector’s Christmas Album" in 1963, Variety noted.  The Rock and Roll Hall of Fame inductee sang "Christmas (Baby Please Come Home)" every year from 1986 to 2014 on David Letterman’s show, FOX News reported.

RELATED: Mariah Carey sued for $20M over ‘All I Want for Christmas is You’

Had Carey’s trademark request been approved, she would have been allowed to trademark multiple products under the title, including fragrances, lotions, nail polish, jewelry, sweatshirts, food and drink, and music, according to her application.

In response to Carey’s trademark attempt, Chan told Variety in August in part that no one should hold onto anything involving Christmas or "monopolize it." Chan went on to say the holiday is for everyone and it’s meant to be "shared" and not "owned." The entertainer also took issue with Carey trying to trademark multiple products arguing that it's "all over the map."

In a Facebook post from Love’s official page, the singer did not hold back when addressing the Carey situation.

"David Letterman officially declared me the Queen of Christmas 29 years ago, a year before she released ‘All I Want for Christmas Is You' and at 81 years of age I’m NOT changing anything," Love wrote in August. "I’ve been in the business for 52 years, have earned it, and can still hit those notes! If Mariah has a problem call David or my lawyer!!"

According to the New York Post, Carey tried to register the trademarks "Princess Christmas" and "Queen of Christmas" but those applications were denied for lack of response on Carey’s part in separate decisions.

Carey's hit song "All I Want for Christmas Is You" debuted in 1994 and has sold millions of copies worldwide.

Earlier this year, a man filed a lawsuit against the entertainer claiming he wrote the lyrics to the song.  Andy Stone claimed he co-wrote the hit song in 1989 and recorded it at a studio in Nashville, Tennessee. Stone is seeking at least $20 million in damages, according to FOX 4 Dallas.

FOX 4 Dallas and FOX News contributed to this story. This story was reported from Washington, D.C.