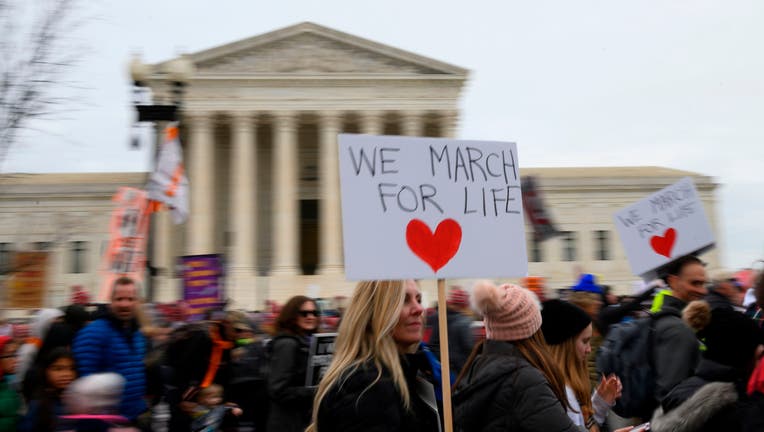 Anti-abortion advocates march past the US Supreme Court building in the 47th annual March For Life in Washington, DC on January 24, 2020. Activists gathered in the nation's capital for the annual event to mark the anniversary of the Supreme Court Roe

March for Life president Jeanne Mancini released a statement urging all participants to "stay home and join the March virtually."

"The protection of all of those who participate in the annual March, as well as the many law enforcement personnel and others who work tirelessly each year to ensure a safe and peaceful event, is a top priority of the March for Life. In light of the fact that we are in the midst of a pandemic which may be peaking, and in view of the heightened pressures that law enforcement officers and others are currently facing in and around the Capitol, this year’s March for Life will look different," said Mancini.

A small group of pro-life leaders will be invited to march in D.C. this year, according to Mancini.

"These leaders will represent pro-life Americans everywhere who, each in their own unique ways, work to make abortion unthinkable and build a culture where every human life is valued and protected," she said.

Organizers say they look forward to holding the March in person in 2022.