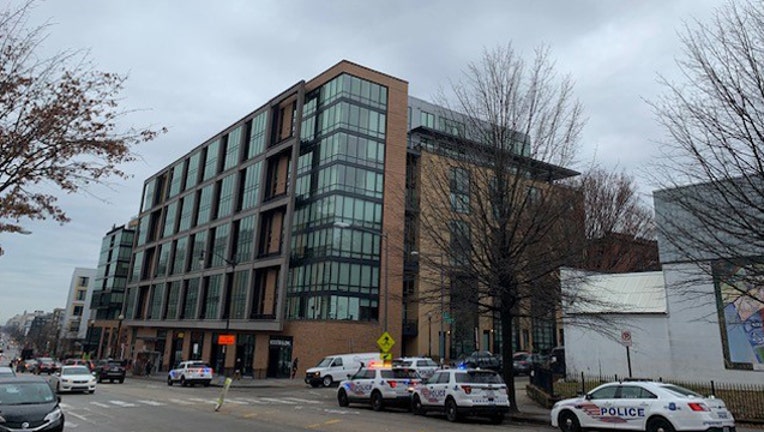 The scene near 14th Street and Florida Avenue, Northwest.

WASHINGTON - A man is in the hospital after a shooting Saturday morning in Columbia Heights.

Police say the victim walked into a nearby hospital after the shooting. The scene remains under investigation.

Elsewhere in D.C., police reported a fatal shooting at 3:55 a.m. in the 2000 block of 19th Place, Southeast. They say the suspect is a black man wearing a blue jacket and a black scarf covering his face.

Police on Saturday afternoon identified the victim in the Southeast shooting as 60 year-old Charles Robinson, of Southeast D.C. The killing is the first homicide of 2020 in D.C.