WOODBRIDGE, Va. - A man was badly burned Wednesday after he helped rescue a family dog from a house fire in Prince William County.

The fire was reported just after midnight Wednesday morning in the 12000 block of Point Longstreet Way in the Woodbridge area.

The man, another adult, and a child were able to evacuate the house. Officials say that before he fled the home, the man was able to coax the family's pet dog out of the burring structure. 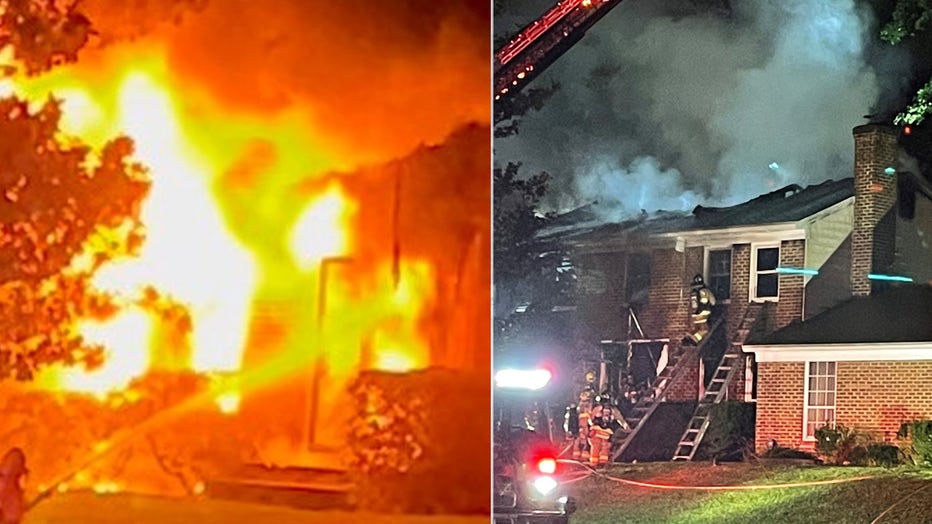 The man suffered possible life-threatening burns and was transported to a regional burn center for treatment. The dog is in good condition.

The Fire Marshal's Office is investigating the fire as accidental. The investigation is continuing.