GLENNIE, Michigan - A Michigan man accused of murdering a 2-year-old girl before dumping her badly beaten body at a hospital told a judge during his arraignment that he needs to be released from jail to start a new job.

Aaron Joseph Trout, 31, of Glennie, was arrested Friday and charged with one count of murder in connection to the suspected beating death of a two-year-old girl, who was not his daughter. Michigan State Police were asked by the Alpena Police Department for assistance with the investigation after a woman was dropped off at a hospital Friday morning seeking medical attention for the toddler.

lcona County Prosecutor Tom Weichel told Alpena News that Trout likely dropped the woman and girl at the hospital and then fled the area. He said it appeared the child sustained fatal injuries several days prior before being brought to the hospital, but the results of the autopsy remained pending.

Besides saying the girl was not Trout’s daughter, Weichel said he could not disclose the nature of the relationship between the woman, girl and now the accused murderer. 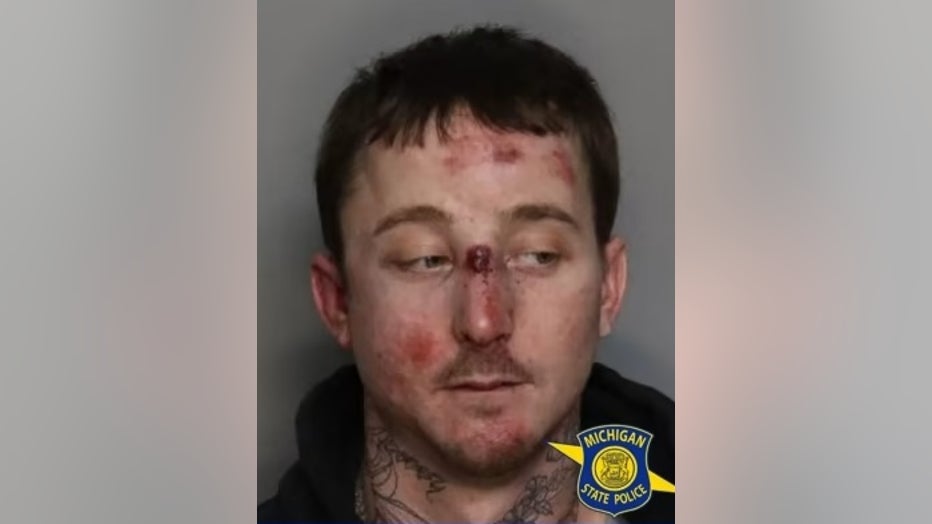 He was later booked into Iosco County Jail.

Appearing virtually in 81st District Court on Monday, Trout told Alcona County Laura A. Frawley that he needed to be released from jail to start a new job on Wednesday, Alpena News reported. The judge was not sympathetic and denied bond, citing Trout’s prior history of criminal assault, resisting police, failing to appear in court, and substance abuse. His next scheduled court appearance is on August 3.

The judge said he is prohibited from using the Internet and cannot contact the victim’s family. He may make phone calls while jailed but must first request and receive permission.