A Loudoun County judge has removed the county’s Commonwealth’s Attorney office from a criminal case saying the office has shown an inability to prosecute the case with professional standards, and is "deliberately misleading the Court and the public" in effort to "sell" a plea agreement.

LOUDOUN COUNTY, Va. - A Loudoun County judge has removed the county’s Commonwealth’s Attorney office from a criminal case saying the office has shown an inability to prosecute the case with professional standards, and is "deliberately misleading the Court and the public" in effort to "sell" a plea agreement.

It’s a move that some seasoned attorneys and prosecutors say they have never seen in their career.

The order was issued by Loudoun Co. Circuit Court Judge James Plowman who was the county’s Commonwealth’s Attorney prior to the election of Buta Biberaj in 2020.

According to the order, obtained by FOX 5’s Lindsay Watts, Plowman says the Commonwealth’s Attorney office sought a plea deal for a serial burglary suspect while downplaying and even omitting his prior criminal past and current charges in other jurisdictions.

Kevin Enrique Valle was arrested on five warrants charging him with three misdemeanors for destruction of property and false identification, and two felonies for burglary.

Plowman writes that the plea agreement by Deputy Commonwealth’s Attorney Michele Burton states that the crimes occurred within hours of each other, not over the course of days or weeks. Plowman calls the assessment "entirely inaccurate," because the defendant is accused of "a possible 12 burglary crime spree spanning four counties over ten days." 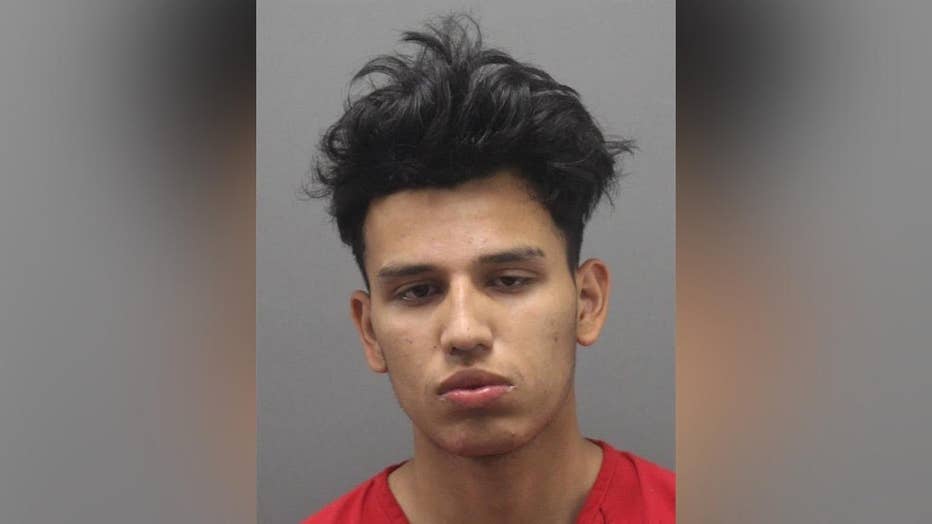 The order says the Loudoun offenses happened May 18, 2021, but that the suspect is also accused of three burglaries that same day in Fairfax County, in addition to two burglaries in Fauquier County and four burglaries in Prince William County on May 14. The judge writes that Valle is also named as a participant in another Loudoun burglary on May 8.

Plowman criticizes the prosecution’s assessment of Valle’s lack of prior adult convictions and felony convictions, saying Valle had just plead guilty to three felonies, had pending felony charges and had been convicted of charges that would be felonies if he had been an adult at the time.

Plowman calls it "an overt misrepresentation by omission" by the Commonwealth’s Attorney’s office.

He goes on to excoriate the Commonwealth’s Attorney’s office for its assessment of strengths and weaknesses of the case writing: "The explanation highlights a lack of knowledge of the facts of the case or the ability to apply basic legal principals."

"The Commonwealth is deliberately misleading the Court, and the public, in an effort to ‘sell’ the plea agreement for some reason that has yet to be explained," wrote Plowman, adding that Burton could have filed supplemental explanations, but to date, has not.

Plowman also recused himself from the case "unless the parties agree otherwise."

Valle is being represented by the Law Office of John Boneta. Boneta declined comment Saturday saying his office is in the process of discussing the order with their client. Boneta, Biberaj’s former deputy, said he’s never seen something like this is his 30-year legal career.

FOX 5 reached out to Biberaj’s office Friday afternoon for comment, but has received no response.

Biberaj has faced criticism in the past, including from her former employees, for how she is handling cases and running her office.

One former prosecutor speaking on the condition of anonymity because of continued work in the legal field said they were "pushed to bond people out in domestic violence cases," and that "Buta pushes to let people out generally."

A Loudoun County man is awaiting trial after investigators say he murdered his wife with a hammer while out on bond for a prior attack.

According to data from Loudoun County’s Circuit Court, criminal indictments in the county have fallen dramatically, 67 percent, since Biberaj was elected. In 2019, there were 681 indictments compared to 225 in 2021.

Family of a woman murdered last year said the system failed her after her husband was freed following his arrest on assault, strangulation, and abduction charges. After those accusations of serious abuse, investigators say Peter Lollobrigido went on to murder his wife, Regina.

Community corrections had advised he be held, but the Commonwealth’s Attorney’s office agreed to his release on an unsecured bond of $5,000, according to court records.

FOX 5 was first to report that Biberaj’s office hired a registered sex offender as a paralegal.

And there has also been scrutiny over the handling of a school sex assault case where the teen accused went on to assault a second victim at a different school.