FRISCO, N.C. - A loggerhead sea turtle nesting in the sand at Cape Hatteras National Seashore was killed after someone driving illegally on the beach ran her over, National Park Service officials say. 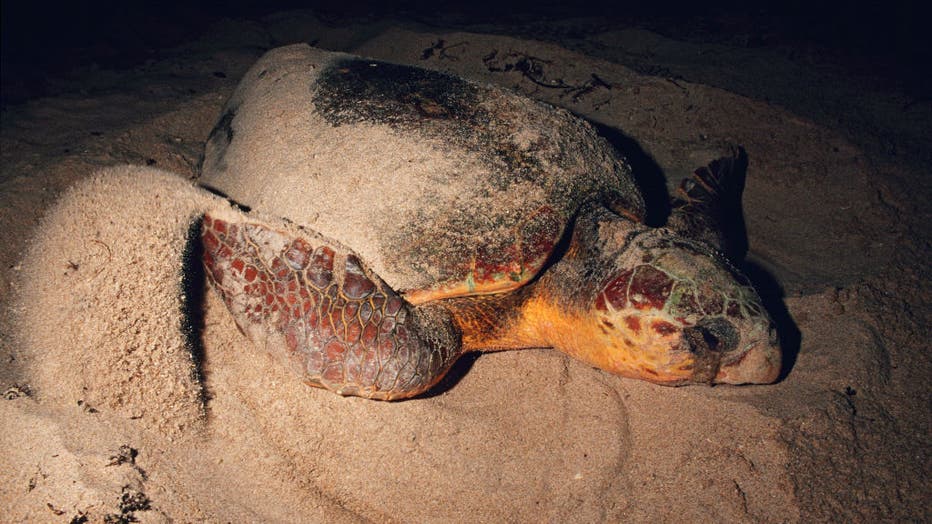 Loggerhead turtles, Caretta caretta, are found in the Atlantic ocean. Adults can be 3 feet long and weigh 350 pounds. They come ashore to build nests and lay eggs in the fall, Florida, Atlantic Ocean. (Photo by: Mark Conlin/VW PICS/UIG via Getty Imag

The turtle was found dead Tuesday morning around 5:30 a.m. on the beach near Frisco, North Carolina. Authorities believe the turtle was struck during a time when the area was closed to vehicles.

NPS officials say it appears that the turtle had begun to lay her eggs when she was struck. Fortunately, several intact eggs were found near the turtle's body and are thought to be viable. Loggerheads are listed as threatened under the Endangered Species Act.

"At this time of year, ocean-facing off road vehicle ramps are closed between 9 p.m. and 6 a.m. for an important reason – to protect nesting sea turtles," said NPS Superintendent David Hallac. "It is very unfortunate that a vehicle appears to have disregarded the Seashore's regulations which has resulted in this turtle death.

The incident is currently under investigation. Anyone with information is asked to call the NPS tip line at 888-653-0009.