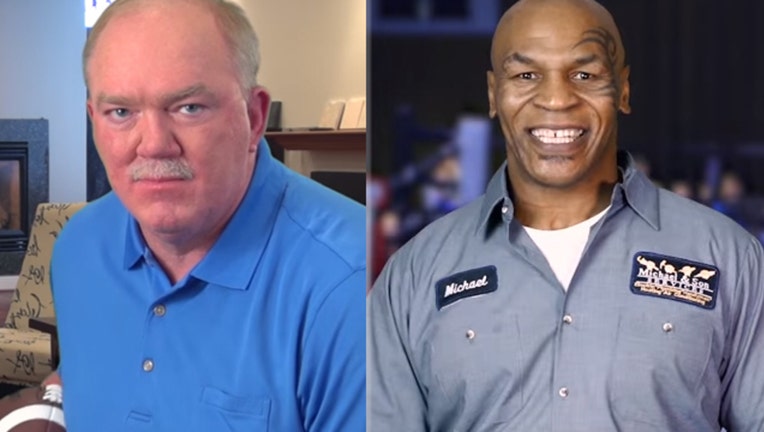 Jacoby holds an ax during the final scene where it's jokingly implied that he chopped off the fingers of a wood burning fireplace owner.

Mike Tyson and his son Amir were featured in a comical commercial for D.C. area plumber Michael and Son.

Amir plays a boxer being punished by his opponent until dad steps in to save the day. The elder Tyson throws a punch at the camera and also sings the company's popular jungle.

If you're wondering, the local businesses didn't pay millions for their ads like national companies did. They did, however, pay an increased rate.