Concerns are growing among local health leaders in Maryland as more than 4,000 deaths from the flu have been reported this season alone. FOX 5's Nana-Séntuo Bonsu spoke with a health official about the concerning trend.

BETHESDA, Md. (FOX 5 DC) - This season alone, the CDC is reporting over 4,000 deaths from the flu, and the number of people being admitted into hospitals for the disease is also on the rise across the country.

Local health leaders in Maryland are concerned by the trend.

Dr. Amira Roess, an epidemiologist and global health professor at George Mason's College of Public Health said health care providers are going to be "in for a rough couple of weeks."

"We are going to see a surge in cases put probably a strain in hospitalizations, and that is going to put a strain on our health care system locally," Dr. Roess said. 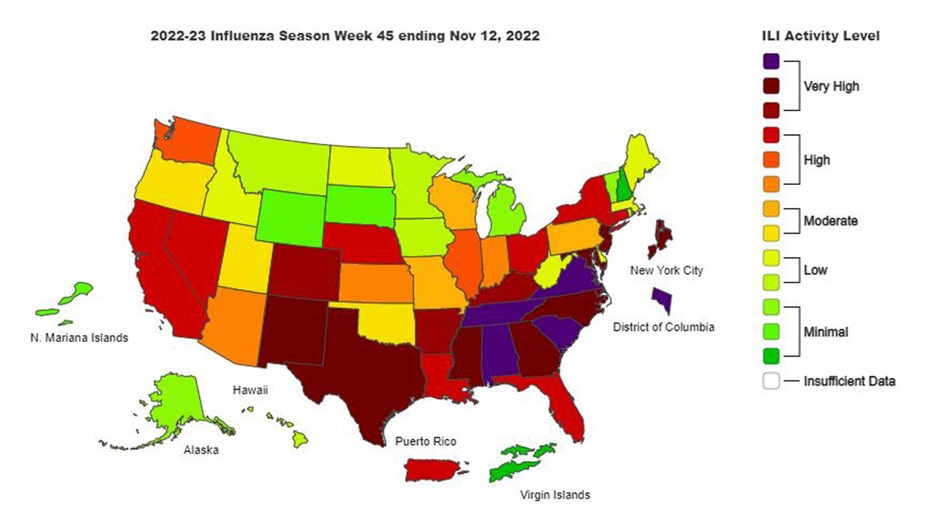 According to the Maryland Health Department, 300 people were hospitalized with flu-like symptoms last week. The CDC estimates at least 78,000 people are being sent to hospitals across the country since the beginning of flu season.

"What that is indicating is that there is a lot of flu circulating," Roess explained.

As flu cases rise, Roess said that shelves are low or empty on children's fever reducers like ibuprofen.

"We are also seeing this across the country," Roess said. "What does that mean for us? It means that children who have fevers, especially the ones that need the liquid medication, are going to have a hard time coping with the flu and their parents are going to have to go to the hospital to get treatment."

"We are seeing that in the local children's units in the hospitals, they are nearly at 100% capacity," she added.

Last week, the state's health department reported five flu-associated deaths for the season. Doctors are using this to remind people that it's not too late to get the flu shot.