1 shot inside liquor store in Northeast

D.C. police are looking for the person who shot a man inside Rose Liquors on Bladensburg Road Wednesday night.

WASHINGTON - The man who was shot inside a liquor store in Northeast Wednesday evening is recovering in a local hospital.

Meanwhile, D.C. police are looking for the person who opened fire inside of Rose Liquors on Bladensburg Road NE.

Police said they received a call right after 6 p.m. regarding a shooting.

FOX 5 has learned that the person who was shot was not an employee at Rose Liquors.

The suspect, police said is a Black male wearing a black hoodie with gray stripes, gray jeans, and black sneakers. He may be armed with a black revolver gun as well. 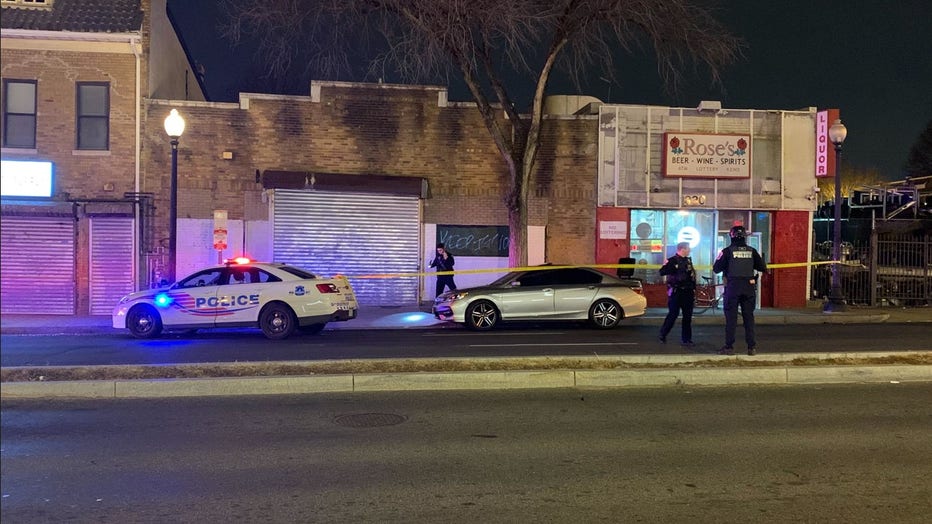 "We need this person off the street," Henderson said. "Anyone who would discharge a weapon like this inside of a store and shoot someone is beyond reckless."

Commissioner Henderson also said the store owner is cooperating with police. She is holding a community meeting this Saturday to address this shooting and other ongoing violence in the area.