WASHINGTON (FOX 5 DC) - He was a national champion, a hall of famer, an activist, educator, and a man who overcame Jim Crow segregation to literally have his name on one of the most famous basketball courts in the world – and now, nearly four months after his passing, the incredibly private Coach John Thompson has an autobiography too.

"His children, Tiffany, Ronny, and John, really encouraged him to tell his story at the end of his life because it’s a historical document. This is an amazing American story that we all needed to know about," Senior Writer for ESPN’s The Undefeated and Thompson’s co-author on the project Jesse Washington said Wednesday. 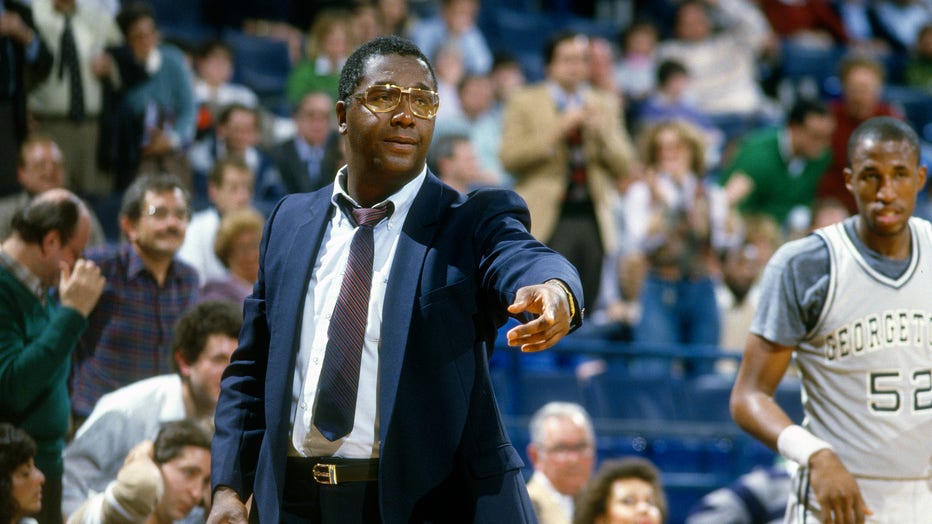 LANDOVER, MD - CIRCA 1981: Head coach John Thompson of the Georgetown Hoyas looks on during an NCAA College basketball game circa 1981 at the Capital Centre in Landover, Maryland. Thompson coached at Georgetown from 1972-99. (Photo by Focus on Sport/

"I Came As A Shadow" covers a lot of ground, including "Education, upliftment, social justice," as Washington said, and, of course, basketball too.

Thompson also sets the record straight on what he felt was an unfair perception of him as an intimidating bully, and also on one of the most legendary encounters of his whole career.

"Coach really reveals for the first time what happened, what really happened when he met with Rayful Edmond," Washington explained, referencing the notorious D.C. drug kingpin who in the fall of 1988 had begun associating with some of Thompson’s players, including Alonzo Mourning, the top recruit in the nation. "This was something that threatened the entire Georgetown program."

That is until Thompson stepped in.

"Now just imagine that, you know, the type of respect and influence that Coach Thompson had in order to be able to get this young man to come and meet him on Georgetown’s campus, in McDonough gym," Washington said.

Nearly four months after his passing, the incredibly private, legendary Georgetown Coach John Thompson's autobiography has been released. FOX 5's Josh Rosenthal shares more with senior writer for ESPN’s The Undefeated and Thompson’s co-author on the project, Jesse Washington, in the video above.

According to the coach, despite rumors of threats and finger-pointing that ran rampant in D.C. for decades, there was none of that at all. Thompson writes that while he didn’t condone what Edmond had done, "it wasn’t like meeting some outlaw in the woods. I thought of Rayful as my neighbor’s child, who was exposing my kids to some trouble … the conversation was between two black men from Washington, who both loved basketball, respected each other as human beings, and had enough intelligence to work out a solution to our problem."

And that story is just the beginning.

"Coach Thompson’s love for Washington, his hometown, comes through so strongly in this book," Washington added. "He was really proud of being from here, you know? And he loved the history of D.C. and all the players that came before him. You know some guys that we all know like Elgin Baylor and other guys who were just legends, like Chicken Breast or The Bandit Gary Mays. So he knew he was part of that lineage and really respected his city for the talent it put out and the place he had in it." 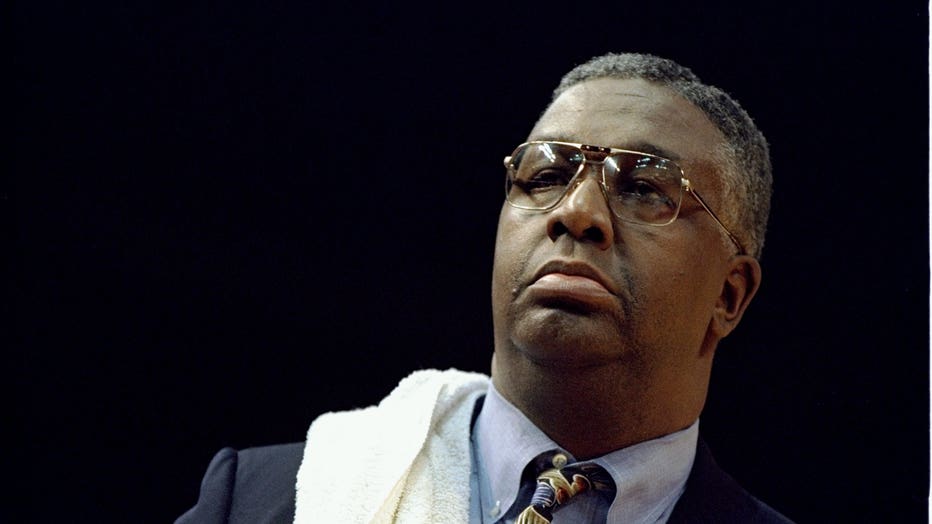 2 Mar 1996: Head coach John Thompson of the Georgetown Hoyas looks on during a game against the Villanova Wildcats at the USAir Arena in Landover, Maryland. Georgetown won the game, 106-68. (Credit: Doug Pensinger/Allsport)