LEESBURG, V.a. (FOX 5 DC) - A Leesburg man has been charged with felony assault after damaging property, lunging at officers with a drill and lighting items on fire, according to police.

Elmer Portillo, 53, of Leesburg, has been charged with two felony counts of assault and battery on a law enforcement officer, one felony count of obstruction of justice and one felony and one misdemeanor count each of destruction of property. 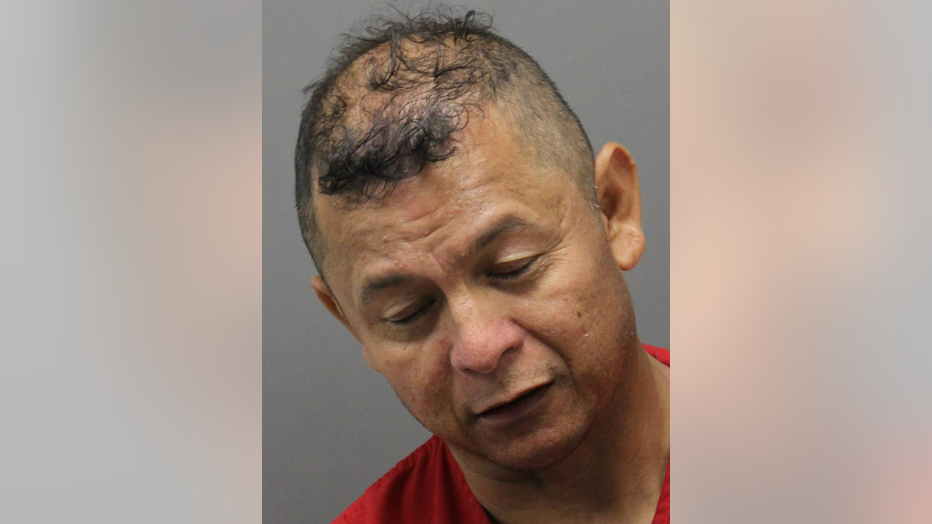 The Leesburg Police Department received a report on Wednesday around 6:30 p.m. from the 300 block of Waterfield Terrace NE of a man damaging property in the residence and acting aggressively towards others in the home.

Officers responded, and as they approached the front door, a subject later identified as Portillo, discharged a fire extinguisher in the officers’ direction while yelling obscenities.

Portillo then armed himself with a drill, threw a bottle at officers and closed the front door. Officers observed Portillo ignite combustible items in the kitchen, which caused a fire.

As the fire began to spread, officers forced entry to the residence to ensure life safety. Portillo lunged at officers with the drill running, which struck an officer in the upper body.

Portillo refused to comply with commands and an officer subsequently deployed an Electronic Control Weapon (ECW). Portillo physically resisted officers and kicked an officer, striking the officer in the lower body.

Portillo was taken into custody. Officers were able to extinguish the fire, avoiding further damage to the home.

There were no injuries to officers or Portillo. It was determined that the drill struck the officer’s body-worn camera mounted to their exterior vest.