While talking to Kevin Smith about "Clerks III," Smith shares an anecdote about how our own Kevin McCarthy helped get Ben Affleck cast in "Jay and Silent Bob Reboot."

WASHINGTON - Here's a cool story about famous director Kevin Smith, FOX 5's Kevin McCarthy - and how our Kevin was the one responsible for Ben Affleck being in 'Jay and Silent Bob Reboot.'

"Kevin McCarthy and I go way back. Kevin is responsible for Ben Affleck being in 'Jay and Silent Bob Reboot.'

I mean, look, I have a little bit to do with it because I had a friendship and a relationship with him professionally. But Ben and I hadn't spoken in years.

Kevin McCarthy interviewed him in one of these things - a junket setting and brought up to him like, 'Hey, they're making a 'Jay and Silent Bob Reboot.' They call you?'

Kevin passed that on to me and was like, 'You know, Ben says he's not busy.'

And you know, at first I was like, that's just a nice thing to say in an interview, Kevin.

Reached out to him – turned out it was damn true man! And it brought us back together!

That scene, wouldn't exist were it not for Kevin McCarthy.

So by extension - when you watch 'Clerks III' and Affleck pops up - and it gives you the warm fuzzies - like people saw him in the trailer and they're like, 'Oh, I'm so happy to see him there. It's nice to know they're friends.' That has everything to do with Kevin right here as well.

That also wouldn't have happened if Kevin hadn't done what he had back on 'Jay and Silent Bob Reboot.'" 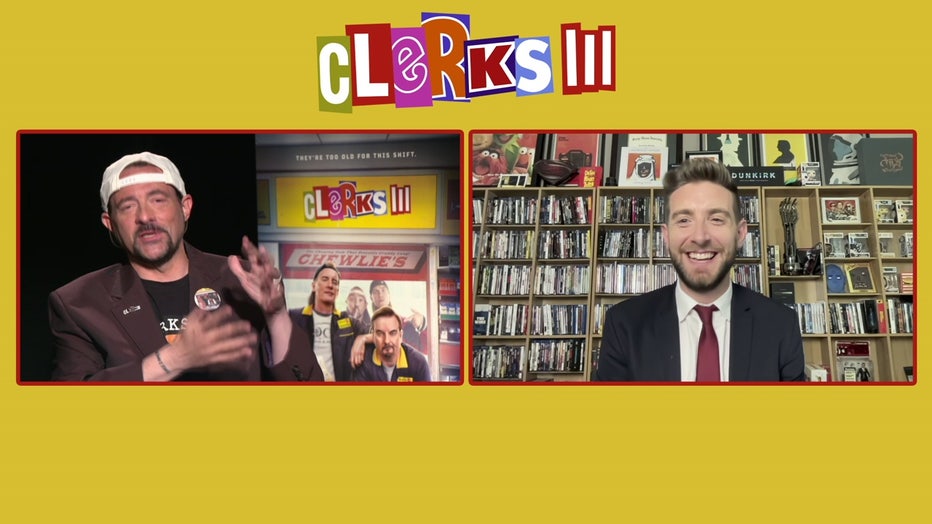 Smith said he invited McCarthy and his friends over to his house to watch ‘Clerks III’- they hung out – then he dropped them off at Quentin Tarantino's for a podcast interview! What a day!

It's important to have a job that makes a difference – and Kevin McCarthy has that job!