The Kansas City Chiefs' assistant coach Dave Toub handled the postgame press conference Sunday after the team's 30-24 loss to the Los Angeles Chargers after Andy Reid left the stadium to go to the hospital.

Kansas City Chiefs head coach Andy Reid left Sunday’s game at Arrowhead Stadium and went to the hospital, the NFL Network reported, after he was said to have been feeling ill.

Reid coached the duration of the game and addressed the team in the locker room. The team’s assistant coach Dave Toub handled the postgame press conference, a job that Reid customarily handles.

"He just wasn’t feeling well after (speaking with the team after the game). He did talk to the team, which was a good talk, pretty much I reiterated exactly what he said: turnovers; you’ve got to overcome the turnovers. We’ve got to quit the turnovers," Toub said.

The Chiefs lost 30-24 to the Los Angeles Chargers. 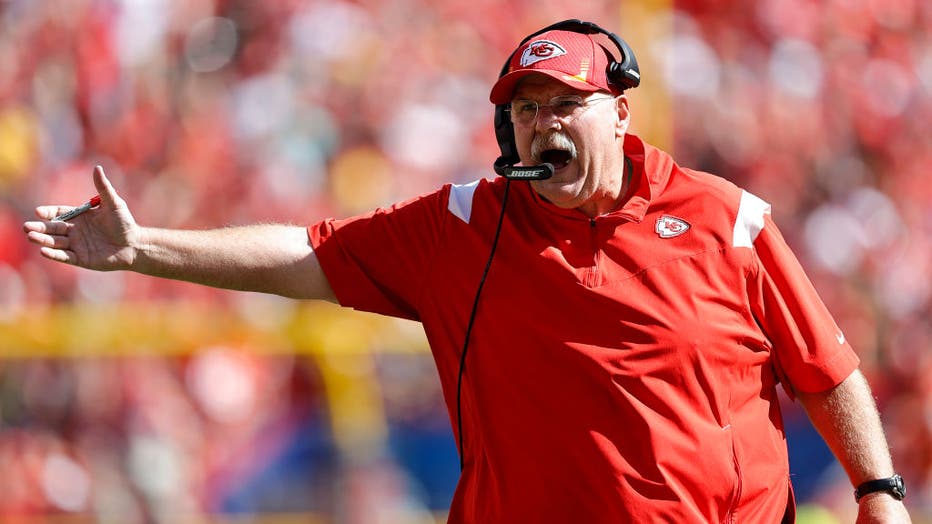 KANSAS CITY, MISSOURI - SEPTEMBER 26: Head coach Andy Reid of the Kansas City Chiefs on the sidelines in the game against the Los Angeles Chargers at Arrowhead Stadium on September 26, 2021 in Kansas City, Missouri. (Photo by David Eulitt/Getty Image

Toub told reporters he didn’t notice Reid was feeling ill during the game.

"Not at all, I just think he was feeling a little ill at the end. I think he’s fine. Everything’s going to be fine," Toub said.

"Players didn’t know he wasn’t feeling well and were told he should be ok. Everything is pointing toward the Chiefs taking every precaution," Palmer’s tweet reads.

A spokesman for the Chiefs did not provide additional information.

Chiefs quarterback Patrick Mahomes said that Reid "came in and talked to us and he seemed fine. That’s all I really know."

When asked how Reid seemed during the game, Mahomes replied: "He seemed fine on the sideline as well."

The Kansas City Chiefs tweeted later Sunday night that Reid had been evaluated and is "doing well."

"Head Coach Andy Reid felt ill at the conclusion of the game. He was evaluated by our medical staff in the locker room, & as a precaution, was transported to The University of Kansas Health System for further evaluation. Coach is doing well, currently resting & in stable condition," the tweet read.