WASHINGTON - Supreme Court Justice Stephen Breyer, in a conversation with "Fox News Sunday," lamented how politically charged the Supreme Court has become in terms of people's attitudes toward the judiciary, while expressing hope that the institution will not lose the faith of the public.

Breyer, 83, discussed an idea from his new book, "The Authority of the Court and the Peril of Politics," in which he quotes Alexander Hamilton in stating that unlike other branches of the federal government, the judicial branch relies on public acceptance to maintain its authority. Despite the political polarization of the country, Breyer is not ready to say that the court is in danger of losing that authority.

"I think, well, people understand to some degree why it’s a good idea what Hamilton thought. And he thought the court should be there because there should be somebody – somebody who says when the other two branches of the government have gone outside the confines of this document," Breyer said, referring to the Constitution.

A number of Democrats have proposed taking away the current conservative majority on the court by expanding its size and allowing President Biden to appoint several liberal justices. Breyer warned that this is what could ultimately lead to the court losing the people's trust. 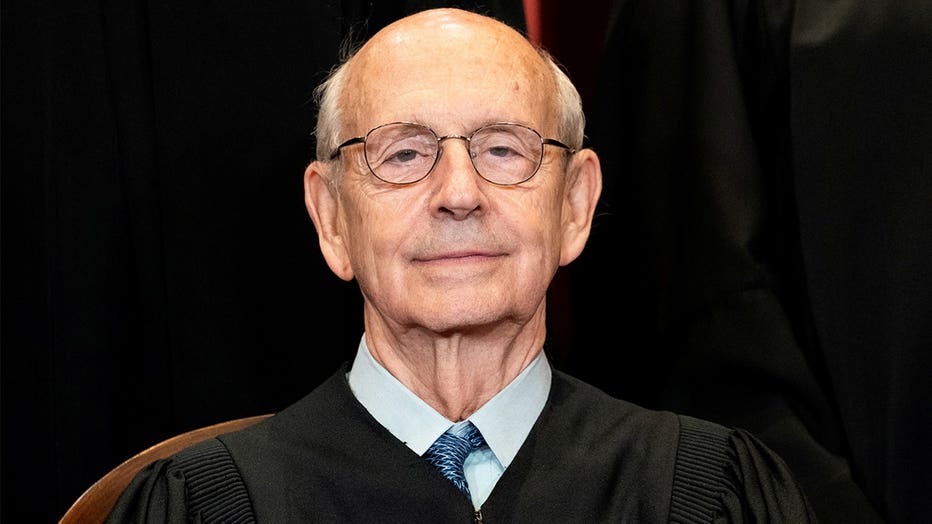 One type of reform that Breyer is more open to is the idea of term limits instead of the current lifetime appointments.

"I think you could do that. It should be a very long-term because you don't want the judge who's holding that term the start thinking about his next job. But it would make life easier for me."

Breyer has made it clear that he does not intend to serve for the rest of his life. Two of his colleagues, Justices Antonin Scalia and Ruth Bader Ginsburg, remained on the bench until they died.

"I don't intend to die on the court. I don't think I'll be there forever," Breyer said Sunday.

There have been calls from the left for Breyer to step down while Democrats control the White House and Senate, ensuring that a liberal justice could take his place. Breyer said there are "many consideration" that go into his decision-making about when to retire.

"There are many factors, in fact, quite a few," Breyer said. "And the role of court and so forth is one of them. And the situation, the institutional considerations are some. And I believe, I can't say I take anything perfectly into account, but in my own mind, I think about those things."

With those consideration in mind, he said, "I didn't retire because I decided on balance I wouldn't retire."

Breyer was appointed to the Supreme Court in 1993 by President Bill Clinton. The Senate confirmed him by a vote of 87-9. When asked if he would get as many votes in the current climate, Breyer said, "the answer is, of course, no."

Despite the politics through which many people view the court and the selection of justices, Breyer said that he serves the public as a whole, not a party.