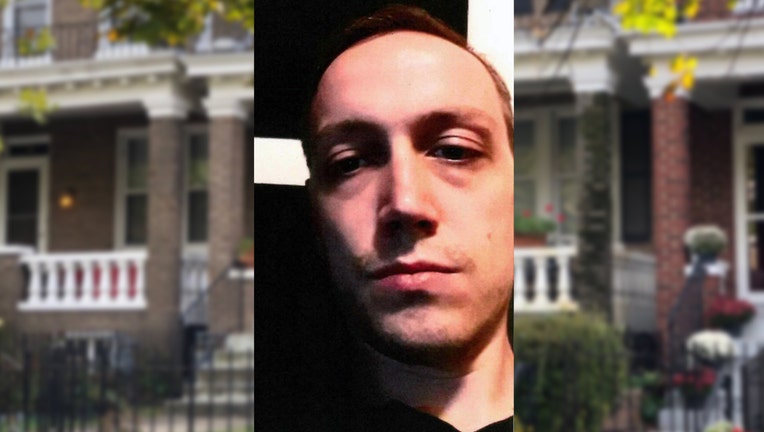 COLLEGE PARK, Md. - A federal judge on Friday ordered the immediate release of a man whose relatives reported concerns about his behavior and far-right extremist rhetoric after last year's Pittsburgh synagogue massacre.

U.S. District Judge Timothy Kelly in Washington, D.C., sentenced 31-year-old Jeffrey Clark to the 10 months he already has served in jail since his arrest by the FBI on gun charges. Kelly also ordered three years of supervised release for Clark, who told the judge that prison has changed his worldview for the better.

"What I've realized is that my words do, in fact, have consequences," said Clark, a Washington resident.

The FBI said Clark is a self-described white nationalist who followed Pittsburgh synagogue shooting suspect Robert Bowers on the Gab social media platform and referred to him as a "hero" in a post after the October shooting. Bowers spewed anti-Semitic hatred on his Gab account before killing 11 people and wounding seven inside the synagogue, authorities said.

Clark was arrested after relatives called the FBI on Nov. 2 to report their concerns that he could be a danger to himself or others. They told FBI agents that Clark became "really riled up" after his younger brother, Edward, shot and killed himself within hours of the Pittsburgh attack.

Bos said jail time coupled with Edward Clark's suicide has led to a "sea change in his attitude."

"Mr. Clark was kind of living in a fantasy world on the internet," Bos said, noting that his client found it somewhat "thrilling" when his vile words earned him a measure of infamy in the darker corners of the internet.

Bos said his client will emerge from jail as a "changed man." Clark said jail has been a "blessing in disguise" and forged friendships behind bars that would have been unthinkable to him before his arrest.

Clark had faced a maximum sentence of 10 years in prison after pleading guilty in July to illegal possession of a firearm by a person who is an unlawful user of a controlled substance. At the time of his arrest, Clark acknowledged that he had possessed a properly registered handgun while regularly smoking marijuana, according to his attorney.

When FBI arrested Clark on Nov. 9 and searched his home, they found flyers from a neo-Nazi organization, boxes of ammunition, body armor, a rope noose hanging above his bed and a Nazi flag containing the handwritten inscription "Hail Victory," prosecutors wrote in a sentencing memo.

"After the death of Edward Clark, Jeffrey Clark became more outspoken about his radical views, expressing them openly to his family members who were in the area following Edward Clark's death," an FBI agent wrote in an affidavit. "During these conversations, Jeffrey Clark defended Robert Bowers' killings at the Tree-of-Life Synagogue. Jeffrey Clark also stated that he and Edward Clark had both fantasized about killing 'Jews and blacks.'"

The relatives also believed 23-year-old Edward Clark may have been planning to carry out an "act of violence" the day before he went to Theodore Roosevelt Island in the nation's capital and killed himself, the agent wrote. Clark's plea agreement says a "post-indictment" investigation by federal authorities found no evidence that he had advance knowledge of the synagogue attack or that he was planning an "independent attack against similar targets" in Washington.

Clark's online postings, statements, and items found inside his home show he has "a deep-rooted hatred for certain minorities and a penchant for glorifying violence," Assistant U.S. Attorney John Cummings wrote in the government's sentencing memo. However, Cummings told the judge on Friday that there is no evidence Clark was planning an attack.

Cummings said prosecutors weren't seeking to punish Clark for his hateful beliefs. Kelly agreed that the federal courts can't punish people "for having hate in their hearts," but the judge said he was concerned Clark had celebrated the violence that erupted in Pittsburgh.

The judge agreed to prohibit Clark from possessing any firearms and ordered him to participate in substance abuse and mental health treatment programs. Another condition of Clark's release requires him to attend threat-assessment meetings with the FBI up to four times per year if the FBI requests it.

"They're experts at this," Cummings said. "They do threat assessments all the time."

However, the judge balked at ordering Clark to refrain from any threatening behavior "in person or on social media" while he is on supervised release, another condition requested by prosecutors.

"That just strikes me as possibly difficult to police," the judge said.

Clark was held in protective custody throughout his 10-month detention. Bos said in a court filing that Clark intends to live with his father in Washington after his release.