Rebuilding veteran lives one donated home at a time.

That was the goal on Saturday as the non-profit, Homes For Our Troops announced the building of a specially adapted home for a Montgomery County Army Sergeant who was injured in Iraq.

Even as the scorching sun beamed down hard on Saturday morning, it certainly didn’t stop riders with the American Legion and Maryland Patriot Guards along with Montgomery County Police and the Upper Montgomery County Volunteer Fire Department, from gathering and escorting, Army Sergeant Emmanuel Melendez-Diaz. 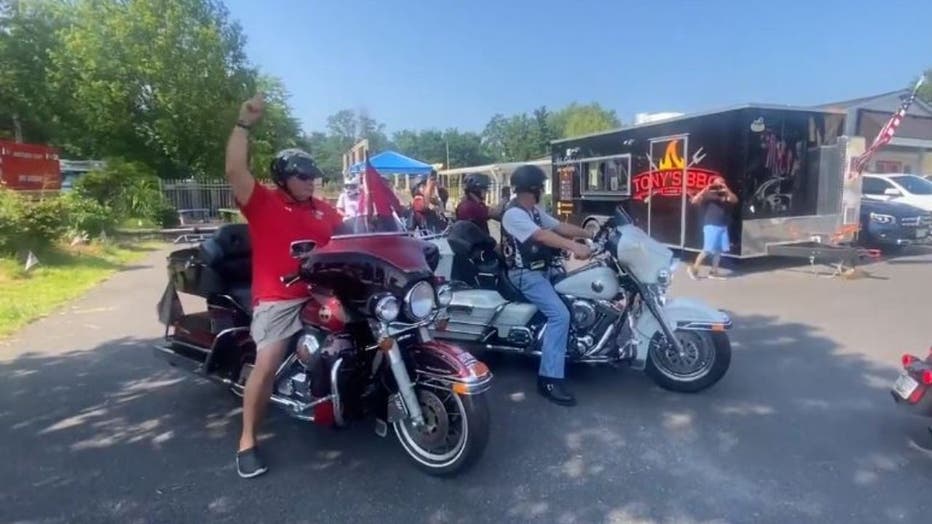 Melendez -Diaz is the recipient of a donated, yet to be built home, courtesy of the non profit Homes for Our Troops.

"Manny is so appreciative and he sacrificed a lot for our country so it is time we give back to him," said Ted Nettles with the Maryland Patriot Guard.

On Dec. 4, 2004, Melendez-Diaz who also goes by Manny, was serving with the 2nd Battalion, 2nd Infantry Regiment, 1st Infantry Division, in Iraq when his vehicle hit an improvised explosive device (IED).

This resulted in damage to his right leg, severe nerve damage in the left foot, among other injuries. In March 2006, doctors amputated Manny’s right leg above the knee.

That’s why HFOT is building him and his wife a specially adapted custom home to enable them with the rebuilding of their lives.

"You’re getting a house for free, that’s a big thing," said Melendez-Diaz.

The home being built for Melendez-Diaz will be equipped with dozens of major yet special features, just to name a few, that will help accommodate his day-to-day tasks around the house.

"The counter tops will roll under, the stove is a roll under, the showers roll in, so they can roll in, transfer to a bench, take a shower and get back in the shower, the mirrors are at a tilt, so the veteran can get a 90-degree angle for shaving or putting on make up," explained executive director, Bill Ivey.

The idea behind the non-profit’s mission is to help restore some of the freedom and independence veterans sacrificed while defending our country.

"We see ourselves as a vehicle for the American public to repay a debt we owe these men and women and we think by building an especially adapted home with no mortgage helps them establish that foundation," said Ivey.

Melendez-Diaz who is originally from Puerto Rico has chosen Poolesville, Maryland as the location of his new and forever home.

He told FOX 5’s Ayesha Khan that he looks forward to focusing on providing a better future for him and for his family.

"Back where I am from we don’t see this," he said, "with people just showing up to help you out like this, is a big deal."

Melendez-Diaz is expected to get the key to the donated home some time in late fall.