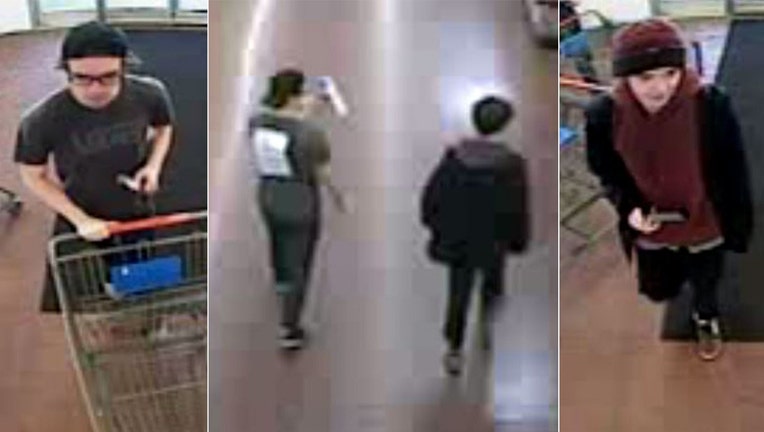 The individual who spray the substance, which was later identified as Lysol, wore a yellow medical mask and was seen with a handmade sign fashioned to his back that read “Caution I have the Coronavirus.” (Joliet Police Department)

JOLIET, Ill. - A 19-year-old man suspected of spraying disinfectant inside a Walmart in suburban Chicago while announcing to startled customers that he was infected with the new coronavirus turned himself in to police.

Tyler Wallace, of Joliet, was scheduled to appear in bond court on Friday afternoon after turning himself in on Thursday, the Chicago Tribune reported. He is charged with misdemeanor counts of disorderly conduct, retail theft and criminal trespass to property. A 17-year-old boy who police allege was with Wallace at the store last Sunday was arrested on misdemeanor counts of disorderly conduct and criminal trespass.

Police allege that Wallace put a surgical mask over his mouth and put a homemade sign on his back that read “Caution I have the coronavirus,” then walked through the store spraying Lysol on clothing, produce and other items, causing nearly $10,000 in damage.

Police do not believe that either teen has the new virus that has sickened more than 31,400 people worldwide and killed more than 630 people in China.

“It appears to have been a prank that went too far,” Joliet Police Sgt. Chris Botzum said.