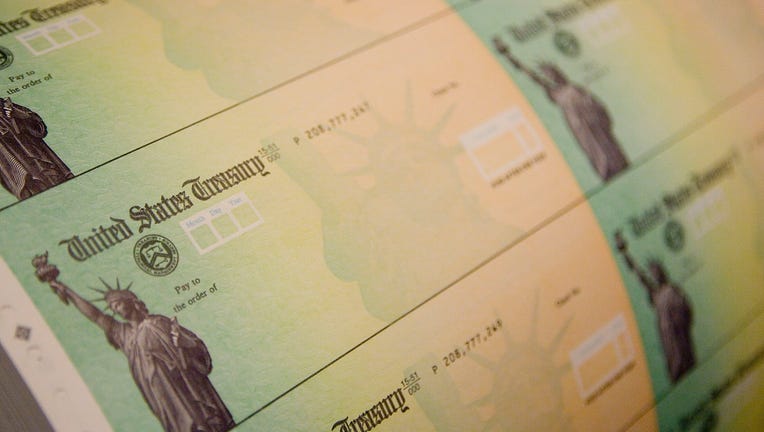 CHICAGO - An Illinois man is suing President Donald Trump and other high-ranking Republicans for denying stimulus checks to American citizens who are married to immigrants who don’t have social security numbers.

The plaintiff, named in the class-action lawsuit under the alias “John Doe,” is one of the 1.2 million Americans married to an immigrant without a Social Security number. Because Doe and his spouse file their tax returns jointly, the couple, who have two children who are citizens, have been denied a stimulus check, the lawsuit alleges.

The suit was filed Friday in the U.S. District Court for the Northern District of Illinois and also names majority leader Sen. Mitch McConnell, R-KY, and Treasury Secretary Steven Mnuchin as defendants.

The suit claims that Doe and other Americans like him have been discriminated against solely basis of whom they chose to marry.

“It’s a deliberately cruel carve-out,” Manar Waheed, senior legislative and advocacy counsel with the American Civil Liberties Union, was quoted in the suit.

The $2.2 trillion CARES Act, which Trump signed into law March 27, includes $1,200 for every American earning less than $75,000 that is a U.S. citizen, has a Social Security number and cannot be claimed as a dependent on someone else’s tax return.

Families that file joint tax returns where one spouse has an Individual Taxpayer Identification number instead of a Social Security number are excluded from the CARES Act, the lawsuit says, unless one of the spouses is in the military.

Doe is demanding that the provision in question be removed from the CARES Act, as well as an unspecified amount of damages for “substantial mental pain and suffering and severe emotional distress and injury.”