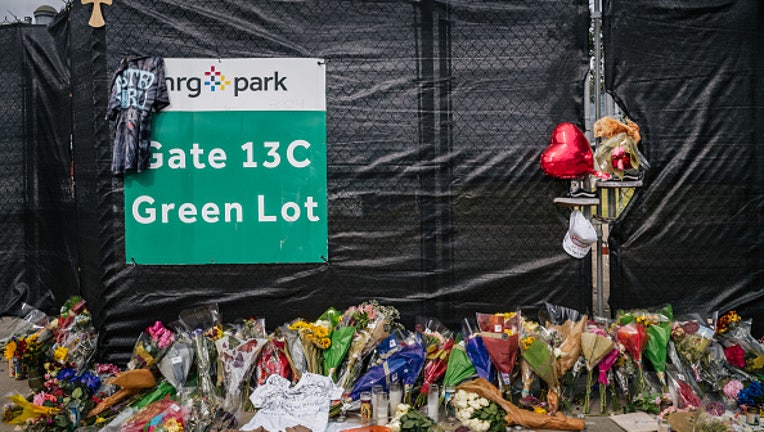 HOUSTON, TEXAS - NOVEMBER 09: A memorial to those who died at the Astroworld festival is displayed outside of NRG Park on November 09, 2021 in Houston, Texas. Eight people were killed and dozens injured last Friday in a crowd surge during a Travis Sc

The families of Jacob "Jake" Jurinek, 20, and Franco Patino, 21, both from Naperville, Illinois, are among the latest to file lawsuits as a result of the Nov. 5 Astroworld concert tragedy in Houston, Texas, which killed 10 people and injured hundreds.

The lawsuit states that Scott and Live Nation failed to protect the individuals at the concert.

"Defendants egregiously failed in their duty to protect the health, safety, and lives of those in attendance at the concert, including but not limited to the failure to provide adequate security personnel to implement crowd control measures, proper barricades, and the failure to provide a sufficient amount of emergency medical support," the suit states.

The crowd then became chaotic, and a stampede began leaving Kristian Paredes of Austin severely injured.

The two friends, Jurinek and Patino, were football teammates at Neuqua Valley High School in Naperville.

Both were also in college, as Patino attended the University of Dayton in Ohio, while Jurinek attended Southern Illinois University-Carbondale.

The families of Jurinek and Patino are being represented by Chicago law firm Corboy & Demetrio, who filed the lawsuits earlier this week in Harris County Courts in Houston.

Phillip Corboy Jr., a partner at the law firm, told the Chicago Tribune that the friends were celebrating Jake's 21st birthday.

"A healthy, strong 20- or 21-year-old child goes off to a concert thinking he’s going to have some fun, and they’re going to be celebrating, in this case, Jake’s 21st birthday," Corboy said. "Nobody expects to go to something as happy and joyous as concert where they end up dying. Nobody anticipates when they pay these high prices for these concert tickets that they have to worry about things like that."