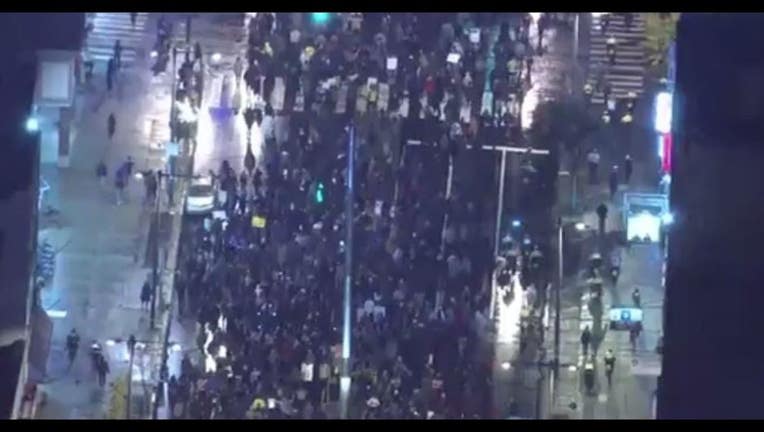 PHILADELPHIA (WTXF) - Hundreds of protesters have gathered in Philadelphia to express their disapproval of the election of Donald Trump as the 45th president of the United States.

So far, there's no reported injuries. Police have blocked the protesters from going on to the Vine Street Expressway.

This is a developing story, please stay with FOX 29 for updates.