Could clothes lead to a killer?

Officials are asking for the public’s help to identify human skeletal remains found in Fredericksburg.

The remains were found along a busy commercial corridor, in a wooded area between the Walgreens and Cookout restaurant in the 10000 block of Jefferson Highway.

The Spotsylvania Sheriff’s Office released images showing what appears to be a clothed torso and legs, along with a Nike sneaker, yellow hard hat, blue jacket and a  back shirt with an NBA Fit logo, located at the scene. Officials say there was no identification found with or around the body. 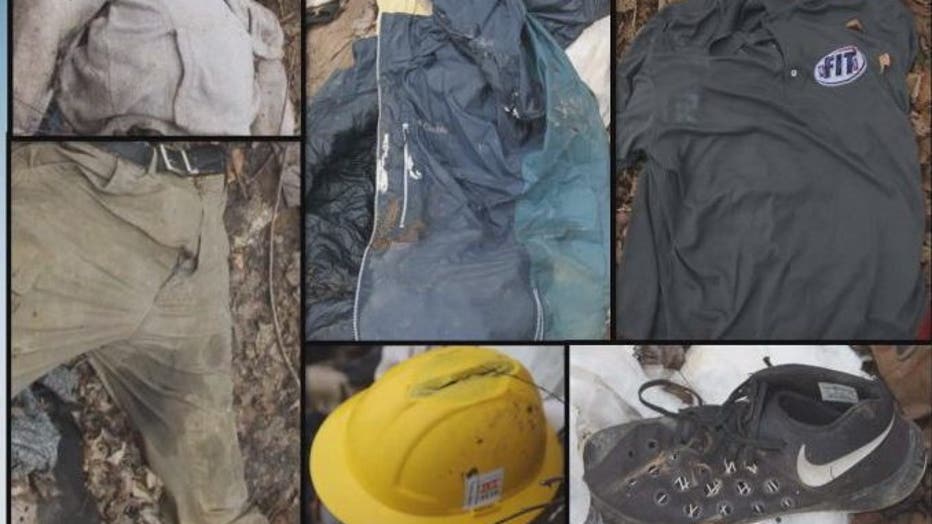 According to the sheriff’s office, the remains were discovered by a man who was walking through the woods on Friday.

Police believe the victim is a black male and think his decomposing body had been there for about a month.

There was no sign of injury, according to officials, but the remains have been sent to the medical examiner in Richmond to determine his cause of death.

The sheriff’s office is checking the missing person’s list and looking into the company associated with the hard hat.