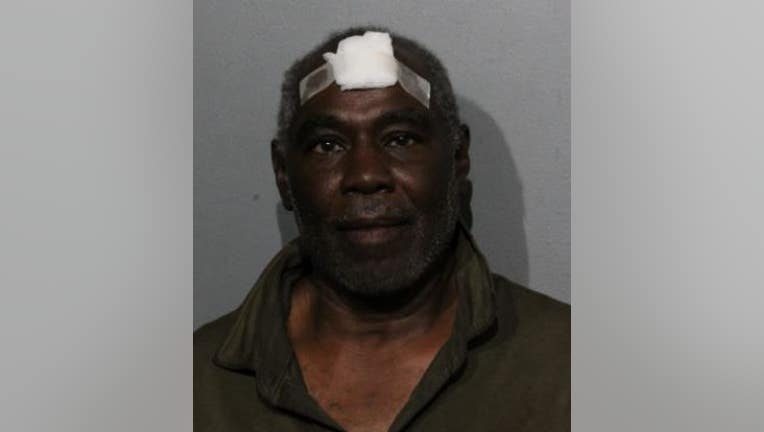 Just before 6 p.m. Saturday, the 6-year-old boy, his father and his father's friend went to the Rock n' Roll McDonald's located at 600 N. Clark St. to get something to eat, prosecutors said.

Upon arriving at the restaurant, the three went into the bathroom.

The boy was in a stall, his father was washing his hands at the sink and the family friend was using a urinal, prosecutors said.

The boy's father closed the stall door, but did not lock it because he didn't want the boy to lock himself in.

Bryan Sutton, 62, allegedly walked into the restroom shortly after and entered the stall where the boy was located, undetected by the father or the father's friend.

A McDonald's security guard was watching Sutton, who was known to the staff for causing disturbances in the past, prosecutors said.

Shortly after Sutton went into the bathroom, the security guard followed behind.

The guard attempted to open the stall door, where Sutton and the victim were located, prosecutors said.

However, Sutton allegedly began to push the door closed, attempting to prevent the guard from entering.

Once the guard got the door open, he witnessed Sutton inappropriately touching the victim.

While moving Sutton away from the victim, Sutton allegedly struck the guard in the head with a closed fist.

Officers then arrived on scene, and Sutton was still in the bathroom, prosecutors said.

When they approached Sutton, he tightened his fists, stiffened his body and was in a fighting stance, prosecutors said.

As officers began to place Sutton in custody, he allegedly struck an officer in the shoulder and pulled away.

He then stiffened his body in an attempt to defeat arrest, prosecutors said.

Sutton allegedly resisted and fought to the point that officers deployed tasers in order to be able to handcuff him.

Sutton was then placed into custody and taken to the hospital for taser removal, prosecutors said.

The boy was taken to the hospital and seen by a doctor. He was listed in good condition.

Sutton has no known punishable convictions, however, in July, he was charged with attacking a Cook County Sheriff's deputy at the Daley Center.

The charges were dismissed after the deputy was unable to make it to court.

Bond was denied for Sutton Tuesday.