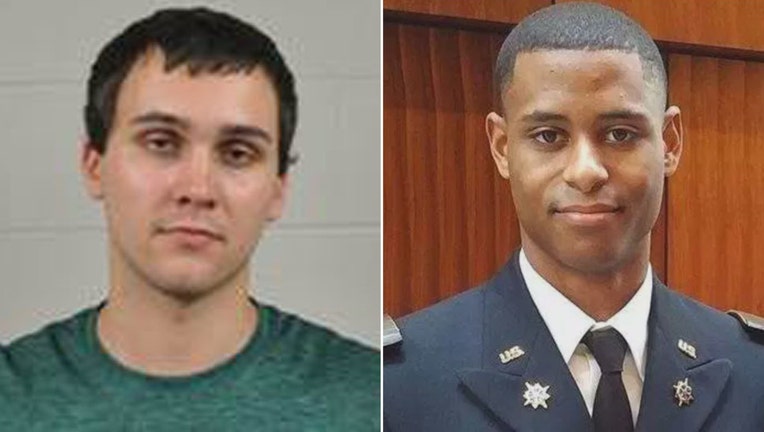 UPPER MARLBORO, Md. (FOX 5 DC) - A hate crime charge has been dropped in the trial of a man accused of murdering a Bowie State student on the University of Maryland campus in May 2017.

Sean Urbanski went into the trial charged with first-degree murder and a hate crime.

On Tuesday, a Prince George’s County judge acquitted Urbanski on the hate-crime charge.

He still stands accused of murder.

Urbanski is accused of killing 23-year-old Richard Collins III, a Bowie State University student who had recently been commissioned as a second lieutenant in the U.S. Army.

Collins had been visiting friends on the College Park campus on the night of his death. He was waiting at a bus stop with two friends when Urbanski approached them and said, "Step left, step left if you know what's best for you,” according to police.

"No," Collins said before Urbanski allegedly plunged a knife into his chest.

Prince George’s County prosecutors have said Urbanski was motivated by a bias against black people. Urbanski liked a Facebook group called "Alt-Reich: Nation" and saved at least six photographs of racist memes on his phone, according to prosecutors.

Defense attorneys say there is no evidence of a racist motive for what occurred that night. Witnesses told police Urbanski was drunk and screaming incoherently when he approached the friends, one of his lawyers has said.

Urbanski faces a possible sentence of life in prison without the possibility of parole if he is convicted.