Police in Rockville are looking for a group of boys that they say are linked to an animal cruelty case.

ROCKVILLE, Md. - Police in Rockville are looking for a group of boys that they say are linked to an animal cruelty case.

The search is on after a Canada goose was found dead in the New Mark Commons community.

Residents are upset after the goose was killed along the bank of Lake New Mark on the night of July 24th.

"I don’t think we have seen, at least not in the last ten years, an incident where one of these animals was killed this way," Ron Tipton said.

Tipton has lived in the neighborhood for nearly two decades and says teenagers have threatened the wildlife in the past, but never to this extent.

"They were apparently, you know, harassing the geese, and I’ve seen that happen before," he explained. "One of them started throwing rocks at one of the geese, the male father, and eventually killed him."

Canada geese are considered protected. "This is actually a federal offense," Tipton said. "There’s something called the Migratory Bird Conservation Act. Migratory birds like geese, if they are killed by someone that is a violation of federal law."

Three boys between the ages of 12 to 15 were seen running away from the area where the geese were heard squawking.

"There were people from a distance who saw them," Tipton said.  "No one has been able to identify these boys yet."

The community is now raising money in hopes of finding the teens and closing the animal cruelty case. 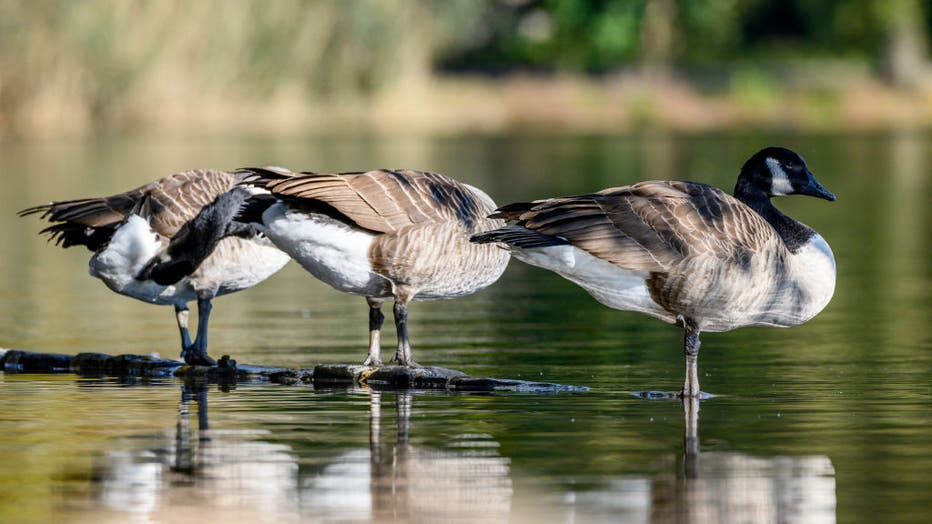 Rockville police are asking anyone who knows who the boys are or has details of the incident to contact them.

There is also a $1,000 reward in the case from the New Mark Commons community for information that leads to a conviction.