VIRGINIA - Virginia Governor Glenn Youngkin unveiled a new effort on Thursday to combat "learning loss" and teacher shortages in schools. It’s an issue that is raising concerns among parents.

The governor calls this new initiative "Bridging The Gap."

It has two main goals, identifying exactly where students are falling behind in their education, and creating individual plans for students to catch up. Youngkin also wants Virginia to help local districts recruit, hire and retain teachers across the Commonwealth.

The announcement came after a June student achievement report found student scores in Virginia had fallen below the state’s baseline level due to COVID-19 induced school shutdowns.

"We have a generation of young students who in fact aren't fully prepared, haven’t been able to benefit from the great opportunities that Virginia’s education system can provide," Governor Youngkin. "I am very excited about what ‘Bridging the Gap’ stands for, it is a movement for us to bring transparency real information to each student and it’s a moment for us collectively to work together." 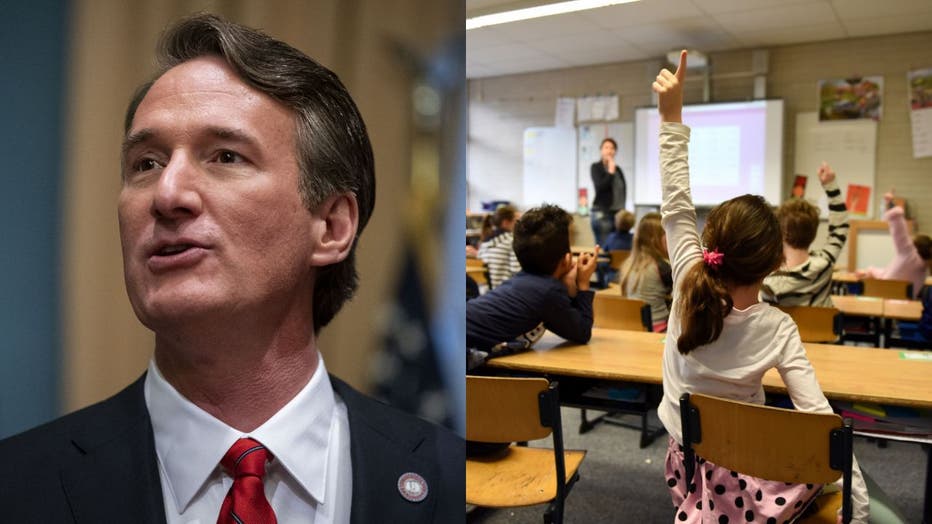 Meanwhile, First Lady Dr. Jill Biden weighed in on the issues facing the teaching profession during a White House Domestic Policy Council meeting on Wednesday, saying that teacher hiring should be a priority.

"If we want educators to be able to do what they do best, we have to give them the pay and the support that they need," said Dr. Biden. "This is a powerful coalition and we are all ready to get to work to make sure that our students have the teachers they need and deserve."

In Arlington County, school officials say they are trying to retain and recruit teachers with a 6.8 percent pay raise. Despite this, the group "Arlington Parents for Education" says more needs to be done, adding that the school board isn't spending enough time on "learning loss" recovery.

Many parents FOX 5 spoke with say they agree.

"They’re doing the best they can, right now they are trying to address these learning losses, but I think it’s difficult for them to get their arms around the scope of the problem," said one parent.

Another added, "the learning loss is real! And I can see and apples-to-apples comparison of students who are now 7, in second grade, and they’re building on fundamental concepts."

During his appearance at Colonial Forge High School, Governor Youngkin also signed an executive order that includes a six point plan to have state education officials step up their efforts to recruit, train and retain Virginia teachers. Part of that effort is to speed up teacher certifications for qualified applicants.

"Parents and teachers matter," said Governor Youngkin about the executive order. "This directive is a comprehensive approach with multiple solutions to ensuring every student has a great teacher in the classroom."