It's a nasty walk for commuters outside the Largo Town Center Metro in Prince George's County.

UPPER MARLBORO, Md. (FOX 5 DC) - It’s a nasty walk for some Metro riders at one station in Prince George’s County. The geese have taken over the sidewalk at the Largo Town Center Station creating a rather crappy commute.

The stretch of sidewalk from the road to the parking lot is covered in goose poop, and as a result, riders walk in the street to get to the train.

One rider said, especially during morning rush hour, it’s like playing hopscotch, trying to avoid the poo and the cars coming into the parking lot.

“I walk here every morning and it’s actually getting to the point where it’s just terrible,” said Lawrence Gonzalez. “I’m not too sure if the ducks have it in for us.”

“It doesn’t make sense to have to walk on the actual road where cars are coming onto you instead of just walking on the sidewalk,” said Wendy Rendel. 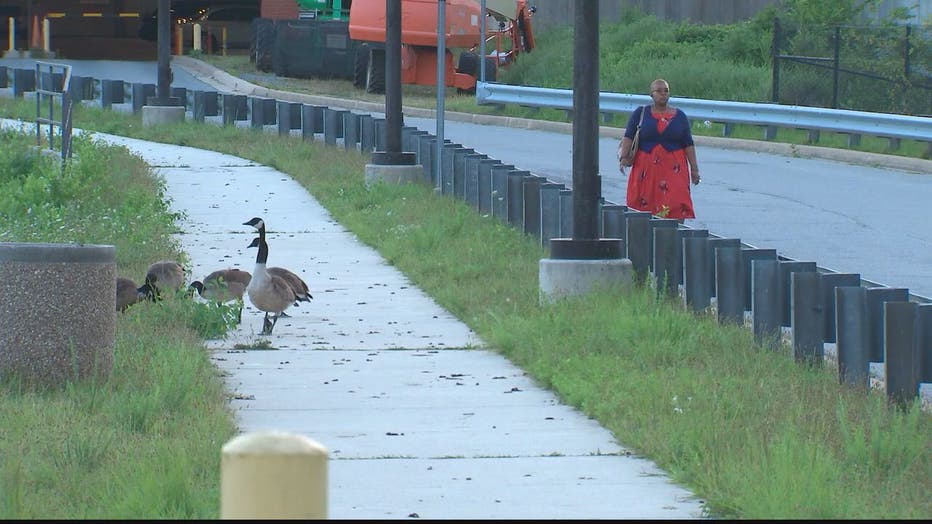 “I contacted Metro several times,” said
Carter. “I emailed, I called, I sent the same pictures that I submitted to Fox.”

Carter said she’s not looking for the geese to be removed.

“I can’t say that I hate the geese, they’re part of nature,” she said. “It’s at least for Metro to clean up at least once a week. Don’t let the defecation pile up.”

Metro says Canadian geese are a protected species so they’re limited with what they can do.

A Metro spokesman said a contractor would come out late Tuesday either to wash the sidewalk or assess the situation and wash it soon. He said workers last power washed the sidewalk about two and half weeks ago.