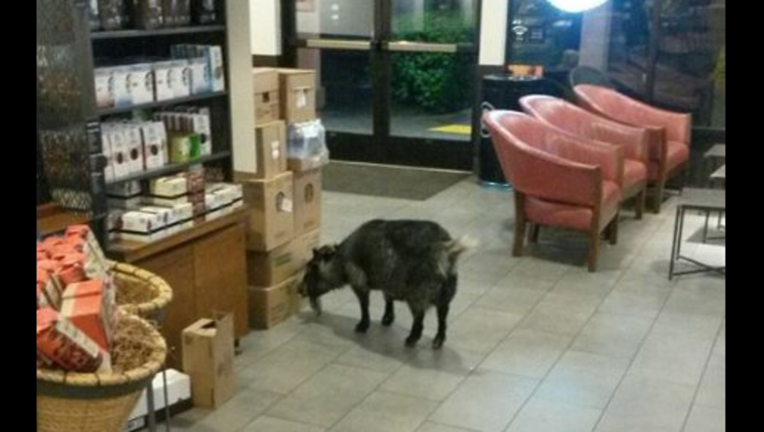 ROHNERT PARK - The owners of a goat that wandered into a Rohnert Park Starbucks early this morning have come forward to retrieve their adventurous animal.

At 5:12 a.m., public safety officials responded to a report of a goat found roaming around Wolf Den Plaza, located at the corner of Bodway Parkway and East Cotati Avenue, according to a public safety dispatcher.

The goat then allegedly wandered into a Starbucks inside the plaza. An on-duty sergeant was able to corral the goat and transported it to the Rohnert Park Animal Shelter, public safety officials said.

After hearing news reports of the wayward goat, its owners arrived at the shelter to pick it up, according to an animal shelter employee.

The female goat was in good condition and apparently had simply gotten away from its home. The owners said they would be building a new fence, the employee said.