Salma Bashir, 16, whose intestines were ripped out in a swimming pool when she was a young child in Egypt is raising funds for new organs.

PITTSBURGH, Penn. - A 16-year-old girl whose intestines were ripped out in a swimming pool when she was a young child in Egypt is raising funds for new organs.

Salma Bashir, who currently lives in Pennsylvania, is seeking a new chance at life. She recently discovered that a second intestines transplant is possible, after her body did not accept the first intestines transplant in 2009. But in order for the second procedure to work, she also needs a new liver, stomach, pancreas and possible a kidney, in addition to the large and small intestines.

“The costs of such an extreme procedure are exorbitant,” said her GoFundMe page, which is raising $3 million dollars.

“Because Salma’s family still lives in the USA on a visitor’s visa due to her medical condition, she is not eligible for public assistance and no insurance company will cover her,” the campaign said. 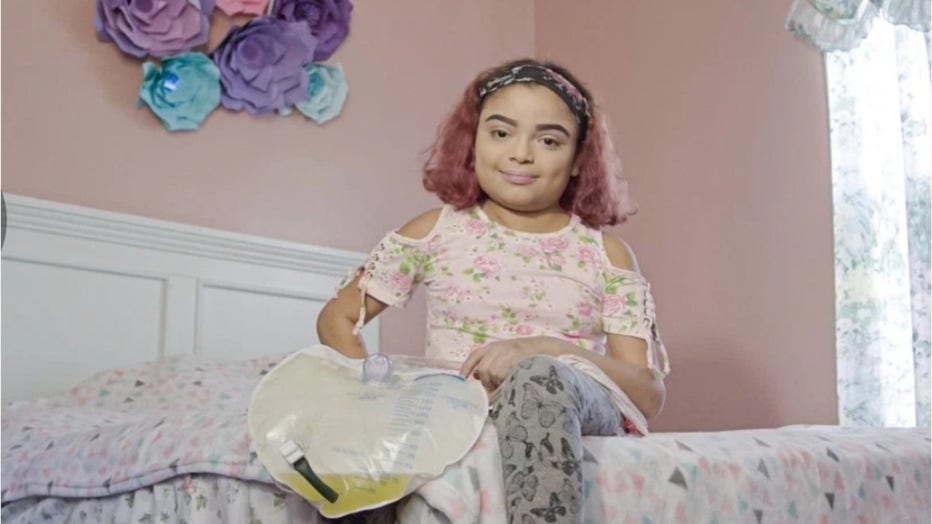 Salma Bashir, 16, whose intestines were ripped out in a swimming pool when she was a young child in Egypt is raising funds for new organs. (Photo Courtesy: Salma Bashir)

Bashir’s traumatic accident occurred when she was 5 years old while on a family vacation in Egypt.

“There was a new pool built, and I wanted to try it out. So I actually went in that pool, and we were just playing around. I was having fun for a while and then all of a sudden, I noticed a valve suction on the bottom, and I sat on it by accident,” Bashir explained.

That suction valve tore her intestines from her small body.

But her body rejected the new small intestine, and six months from the first transplant, the organ needed to be removed, the campaign said.

During the surgery, her small intestine was removed, along with her gallbladder and large intestine, the campaign said, adding that her stomach needed to remain open.

Ever since her medical treatment, Bashir and her family have stayed in the U.S. They now live in Pittsburgh, where she is being seen at a children’s hospital.

Because Bashir doesn’t have any intestines, she can’t absorb food. Thus, for the last 12 years, Bashir has had to rely on a TPN (total parental nutrition) bag, which is a fluid hooked up to her IV. She also needs to wear her TPN bag for 20 hours a day.

“That’s how I survive,” she said. “I cannot eat anything by mouth so this is where I get all my nutrition. Sadly it does severely damage the liver.”

She said if she drinks water, it will come out of her tube, adding that even sitting on a chair takes “so much energy out of me.”

Now, Bashir’s “only chance at a normal life” is to undergo the second intestines transplant. But she also needs the other organs: liver, stomach, pancreas and possible a kidney, because they have been damaged from the TPN.

“It’s just been crazy throughout my whole life,” she said, adding that she’s had to change the dressing for her stomach wound 15-20 times a day. “It’s just so stressful to live like that.”

If the second transplant is successful, she will no longer need to be on TPN.

“I’m just really hoping it works, and hoping to have a new life,” she said.