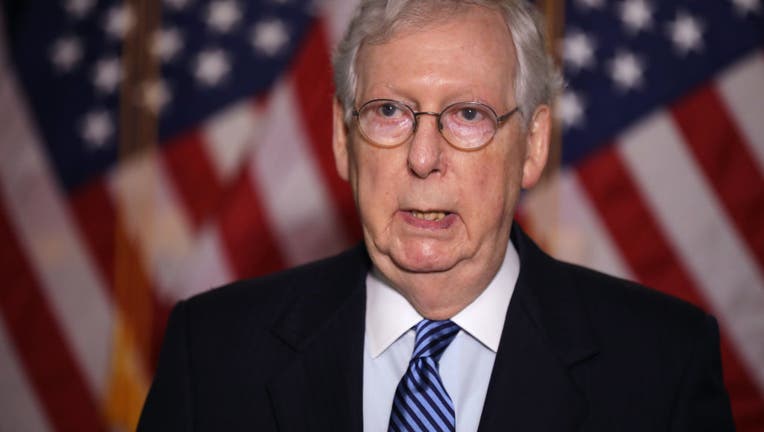 March For Our Lives co-founder David Hogg posted a selfie with the mural on Twitter.

March For Our Lives was founded by gun violence survivors in 2018 after the Marjory Stoneman Douglas High School mass shooting in Parkland, Fla., that left 17 dead.

McConnell has faced criticism for supporting President Trump's decision to nominate a replacement for the late Justice Ruth Bader Ginsburg after blocking President Barack Obama's nomination of Judge Merrick Garland in 2016. Republicans have pointed out that the Senate and White House were held by opposite parties in 2016, unlike in 2020.

Ginsburg's last wish was not to be replaced until a new president was sworn into office, NPR reported shortly after her death.

"My most fervent wish is that I will not be replaced until a new president is installed," Ginsburg told her granddaughter days before her death, according to NPR.