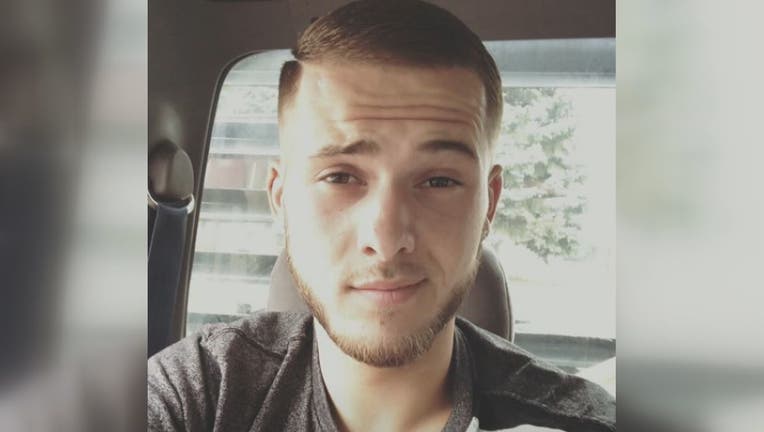 DETROIT - Loved ones of a 22-year-old man who died in a motorcycle crash over the weekend say their 911 calls went unanswered for several minutes.

"He just hit a corner and didn't make the corner and hit a sidewalk, and the bike, then he just slid down the road," said Black Shopshear, a friend who saw the crash happen. He says he was one of several people who then tried to call 911, to no avail.

"We called 911, repeatedly. All of us. We had seven people there as witness(es). And we're calling 911 repeatedly, they were sending us to voicemail," he said.

The Detroit Police Department's public information office told FOX 2 it's not actually a voicemail they were getting, but an automated response that instructs the caller to hold in a queue until their call is answered. DPD said this occurs during heavy call volumes.

"You expect a human to answer the phone," Shopshear contests.

And how long is that expected wait time? DPD couldn't answer that question Sunday night. Michael Blackwell's friends didn't know they needed to hold on.

"It was frustrating and it was worrisome cause we had our buddy, you know a really good friend of ours, lying on the ground, you know, he's bleeding pretty bad. We just needed help," Shopshear said. "The only reason we got EMS here is because they were traveling through, down Fort Street, and we actually waved them down."

Shopshear said that was approximately 20 minutes after the crash.

Meanwhile, Michael Blackwell's friends were angry when police showed up at a vigil Sunday evening after some of them did donuts and burn-outs. They're also mad because police initially had said Blackwell's bike was stolen after the crash.

"We actually picked up the bike ourselves because there was no police here - there was nobody here - we didn't want the bike to get towed or stolen," Shopshear said.