A spotlight was shined on the homeless shelter housed on the old D.C. General hospital after 8-year-old Relisha Rudd vanished.

There are currently 469 children living at the facility with their families.

Our FOX 5 Investigation showed you how the shelter was failing to protect its most vulnerable residents. Children were outside close to midnight playing near what appeared to be hand-to-hand drug sales.

More than six months later, we went back and found a thriving drug market that is still open for business.

Illegal drugs, including prescription pills, are being bought and sold in the middle of the day in the area known as "The Strip," the bus stop outside of D.C. General, the District's largest family homeless shelter.

"Why have we still got this?" said Jim Myers. "It's embarrassing. It's shameful."

He lives a few blocks from D.C. General and frequently takes walks in the area. He said the problem has been going on for years and is a hotly discussed topic on the neighborhood listserv.

Residents thought the city would take action following the disappearance of 8-year-old shelter resident Relisha Rudd. But the only change Myers sees is "the new little playground that they built for the kids."

He adds, "The drug market is right there."

A FOX 5 producer walked "The Strip" one afternoon in the middle of the week with our camera rolling from a distance. The drug market was open for business.

Along with the drugs, single cans of beer were being sold from the back of a wheelchair. Single cigarettes were being sold as well -- and again, children all around the area.

It is happening even with regular patrols by D.C. police and Protective Services Police.

Groups of people were getting high and drunk steps from the shelter door and feet from the D.C. jail and a methadone clinic.

"Old dope fiends go to the clinic, come out there selling pills, cigarettes, weed," said former shelter resident Quishawn Johnson. "And they walk past security and they know what they are doing and they still don't say nothing. Even people go out there and just smoke weed right in the front."

The drugs were bad enough, but it wasn't until Johnson was allegedly assaulted inside of the shelter that she and her 2-year-old were moved into a motel.

As noted in a police report of the incident, she said the suspect snuck in, crawled into her bed and fondled her.

"But I know when I woke up, I was like moving his hand off my breast," she said. "I was freaking out, cussing at him, screaming at him and my light was off."

Johnson said no one should be forced to endure the deplorable conditions she and her 2-year-old daughter had to live in.

Back in May, FOX 5 cameras saw first-hand the mildew-lined showers, molding food being served to residents, and Johnson says it was worse.

"Would you live like that? Three mice on the bed with your child? I understand it's a shelter, but there is just got to be some type of consideration. The building is old."

"It's sad," said Myers. "It's a stain on the character of the District of Columbia.

When we first told you about this problem, then-D.C. Councilmember Jim Graham vowed to shut the shelter down and former Mayor Vincent Gray was working to move families out.

But the resident roster has continued to grow during hypothermia season and so has the drug problem.

On Monday, we asked D.C.'s new mayor, Muriel Bowser, what the city's plans are. She didn't offer much in the way of specifics, but as far as the drug activity, here is what she had to say:

"This is my position that we shouldn't tolerate open air drug dealing period -- anywhere. So when the public and community bring that to our attention, our police department has the duty to shut it down."

"The crux of it is really making sure that we are attacking the problem of homelessness from all avenues and also being focused on how we preserve and create more affordable housing and how we prevent families in crisis from becoming homeless in the first place."

In the meantime, we asked the police what steps they are taking to protect the kids housed at the shelter. In a statement their response was:

"The Department of General Services is working in collaboration with MPD and Metro Police to best address the alleged violations at the bus stop located on the premises of DC General. Through a coordinated effort, the Protective Services Division of DGS will ensure that the response to any complaint is expedited to the proper team for immediate response, as well as continue the efforts of proactive patrolling of the area to deter crime and most readily identify any issues that arise."

Mayor Bowser did say that while the city needs to maintain emergency shelters, she would like to move toward closing D.C. General and focusing on smaller more humane facilities.

On Wednesday afternoon, her office sent out a press release saying that on Thursday morning, she will launch a new initiative to help homeless families find quality and affordable housing. 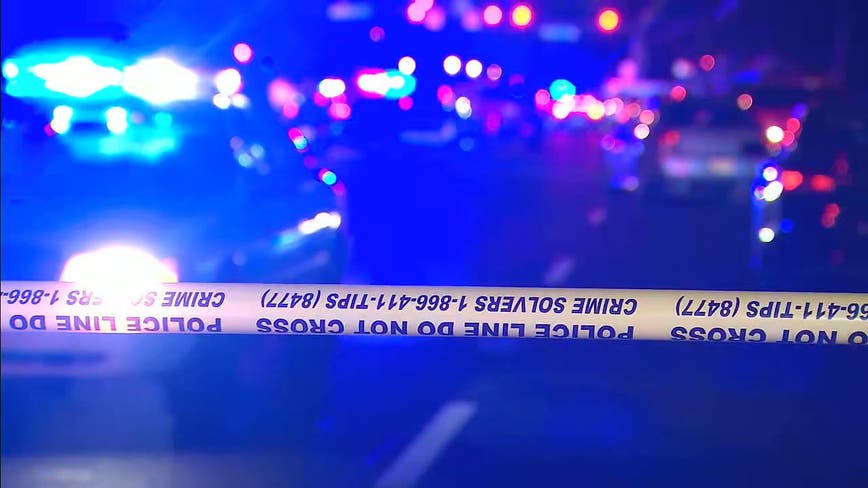