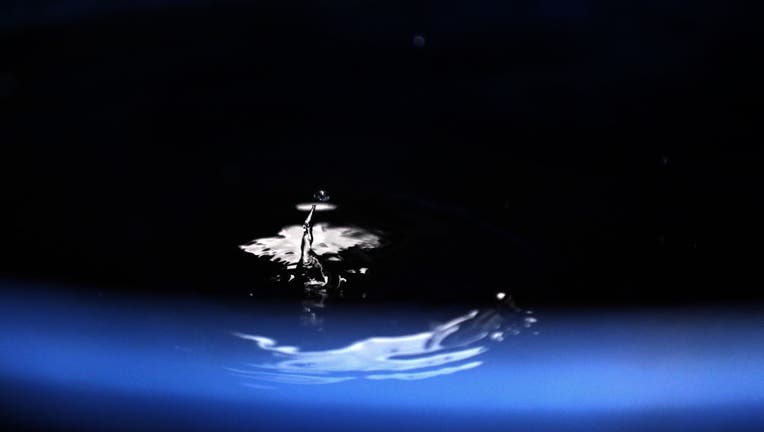 FILE - Rain drips from a gutter fall into a blue rain barrel. (Photo by Karl-Josef Hildenbrand/picture alliance via Getty Images)

Rainwater should be considered unsafe to drink everywhere on Earth due to the levels of "forever chemicals" in the environment, a new study suggests. This includes even the most remote areas, like Antarctica and the Tibetan plateau.

Forever chemicals are a nickname for per- and polyfluorinated alkyl substances (PFAS) because they last so long in the environment. These man-made chemicals have been used in industry and consumer products worldwide since the 1950s, including non-stick cookware, stain-resistant fabrics, some cosmetics, and even some firefighting foams.

These persistent chemicals have been linked to a wide range of harmful health effects, including the potential for an increased risk of cancer, high blood pressure or pre-eclampsia in pregnant women, high cholesterol, and immune system issues.

The new research, published on Aug. 2 in Environmental Science & Technology, states that PFAS can be found in rainwater and snow in all corners of the Earth.

The study focused on four types of PFAS, including the possibly cancer-causing perfluorooctanoic acid (PFOA). This chemical is no longer made in the U.S., but people can still be exposed to them — as the researchers noted.

"Based on the latest U.S. guidelines for PFOA in drinking water, rainwater everywhere would be judged unsafe to drink," Ian Cousins, the lead author of the study and professor at the Department of Environmental Science at Stockholm University, said in a statement.

"Although in the industrial world we don’t often drink rainwater, many people around the world expect it to be safe to drink and it supplies many of our drinking water sources," Cousins added.

Researchers at the National Atmospheric Deposition Program, say they have found high levels of  toxic chemicals known as PFAS in rainwater, in some parts of the U.S.

The Stockholm University team conducted laboratory and fieldwork on the atmospheric presence and transport of PFAS for the past decade. They noted that the levels of some harmful PFAS in the atmosphere are not notably declining, despite their phase out by various manufacturers — including major manufacturer 3M, which phased out PFOA and another type of forever chemical 20 years ago.

The study authors concluded that the planetary PFAS boundary "has been exceeded."

"Irrespective of whether or not one agrees with our conclusion that the planetary boundary for PFAS is exceeded, it is nevertheless highly problematic that everywhere on Earth where humans reside recently proposed health advisories cannot be achieved without large investment in advanced cleanup technology," the study authors wrote.

They warned that problems associated with forever chemicals "are likely to be only the tip of the iceberg" given that there are many thousands of PFAS — "and the risks associated with most of them are unknown."

The researchers called for rapidly restricting the uses of PFAS wherever possible.

"It cannot be that some few benefit economically while polluting the drinking water for millions of others, and causing serious health problems," Dr. Jane Muncke with the Food Packaging Forum Foundation in Zürich, Switzerland, and not involved in the work, said in a statement.

"The vast amounts that it will cost to reduce PFAS in drinking water to levels that are safe based on current scientific understanding need to be paid by the industry producing and using these toxic chemicals," Muncke added. "The time to act is now."

In late 2021, the EPA launched a broad strategy to limit pollution from these forever chemicals increasingly turning up in public drinking water systems, private wells, and food.

The Defense Department said it would work to assess and clean up PFAS-contaminated sites throughout the country, while the Food and Drug Administration expanded testing of the food supply to estimate Americans’ exposure to PFAS from food. The Agriculture Department also said it would boost efforts to prevent and address PFAS contamination in food.

The series of actions, announced in October, is intended to restrict PFAS from being released into the environment, accelerate cleanup of PFAS-contaminated sites such as military bases, and increase investments in research to learn more about where PFAS are found and how their spread can be prevented.

Most recently, the EPA issued new advisories on PFAS in drinking water in June that lower the level that regulators consider safe for certain forever chemicals, including PFOA. The agency also encouraged states to apply for a portion of $1 billion in grant funding as part of the 2021 infrastructure law to address this issue in drinking water, specifically in "small and disadvantaged communities."

"This is a bold strategy that starts with immediate action" and includes additional steps "that will carry through this first term" of President Joe Biden, EPA head Michael Regan said in a previous interview with The Associated Press.

"We’re going to use every tool in our toolbox to restrict human exposure to these toxic chemicals.″