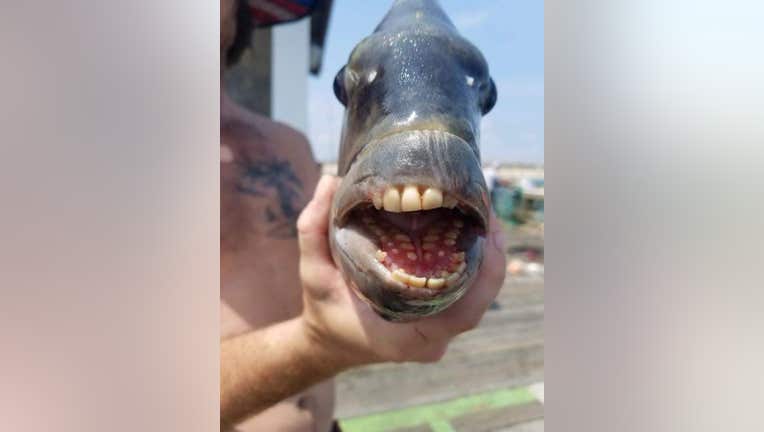 OUTER BANKS, N.C. - A fish with human-looking teeth was caught off the coast of the Outer Banks in North Carolina and the photo of the creepy catch has gone viral.

According to the News & Observer, Jennette’s Pier in North Carolina said Nathan Martin reeled in a 9-pound fish called a sheepshead that had teeth on the bottom and top of its mouth. 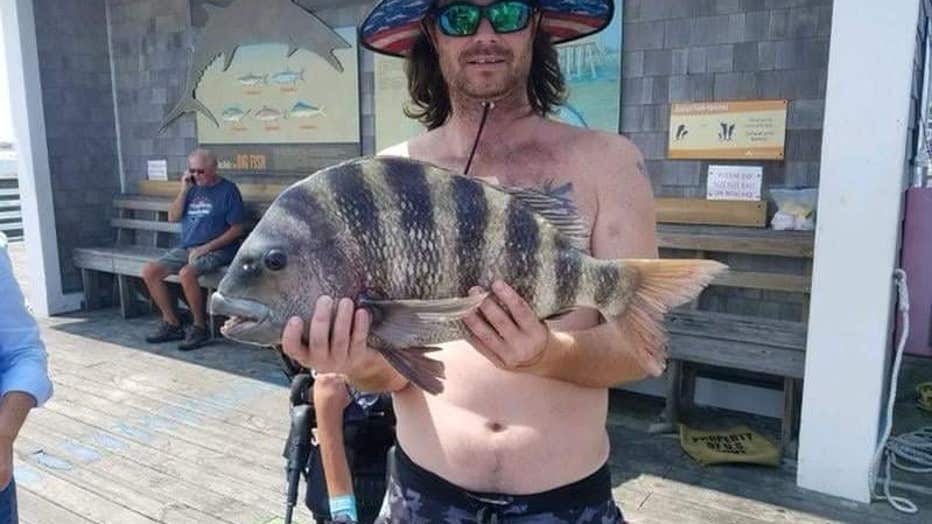 The pier shared a photo of the fish on Facebook and it quickly gained not only local but national attention with the News & Observer flagging comments by users on Jennette's Pier's post.

"Omg that’s crazy I would drop and run," one person commented.

"I know a good Dentist on the Island," one person wrote.

Another commented: "Who’s missing their dentures?"

The News & Observer says the sheepshead’s teeth allow them to be omnivores, just like humans, according to a Scientific American blog post from 2013.

Read more about the catch here.