HOMOSASSA, Fla. - Someone scraped the word "TRUMP" into the back of a Nature Coast manatee, and now federal investigators are trying to figure out who did it.

The United States Fish and Wildlife Service is leading the investigation after the animal was spotted swimming in Homosassa Springs over the weekend. The Center for Biological Diversity announced a $5,000 reward for information leading to a conviction of the person responsible.

"It’s heartbreaking that this manatee was subjected to this vile, criminal act," said Jaclyn Lopez, the director at the center. "It’s clear that whoever harmed this defenseless, gentle giant is capable of doing grave violence and needs to be apprehended immediately."

Video shared by boat captain Hailey Warrington showed "TRUMP" had been dug into the layer of algae and grime on the manatee’s back.

Boat captain spots manatee with ‘TRUMP’ on its back

Warrington told FOX 13 News that she was leading a tour on Sunday when she recognized the female as one of the regulars in the area, based on the manatee’s boat propeller scars. But there was a new ‘scar’ on the manatee’s back.

Slow-moving manatees often gather a layer of algae on their skin. In this case, someone had carved the president’s name into that layer.

"It was an uncharacteristic thing for us to see," a dismayed Warrington recalled. "I was surprised when I saw it." 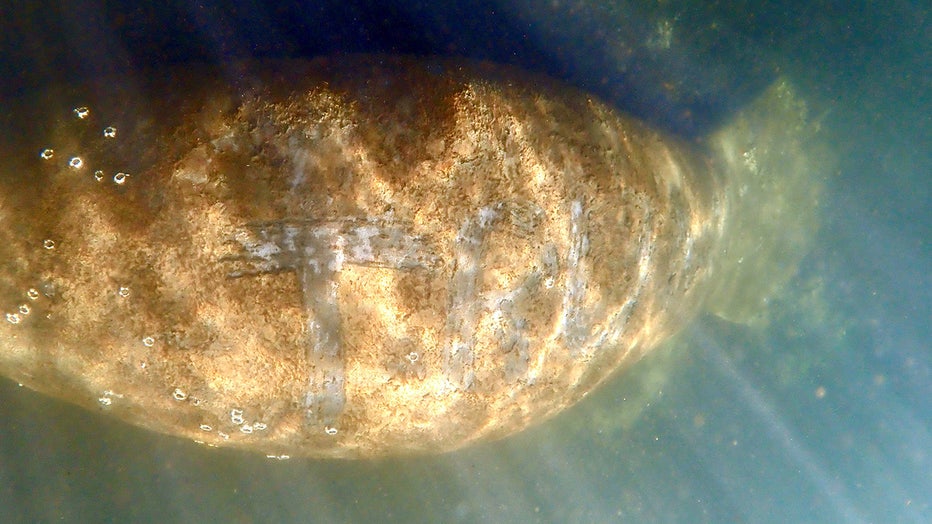 While the manatee’s skin was exposed, it did not appear wounded. Still, Warrington said the already skittish animal was even more wary than normal.

"It did seem that the animal was very upset," she offered.

This time of year, manatees famously flock to the warm springs of Florida’s west coast as water temperatures drop. It’s not uncommon for dozens or even hundreds of the endangered animals bobbing in the waters of Homosassa Springs and Crystal River. 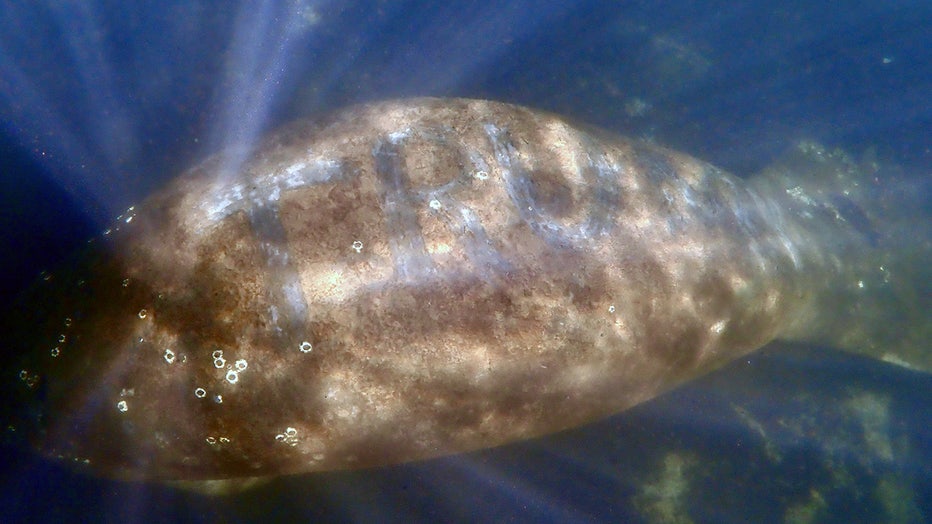 The spectacle always draws a crowd of tourists. But some get too close; harassment of the manatees is a federal offense and carries a fine of up to $50,000 and a possible federal prison sentence.

Warrington said she provided her video to authorities in hopes they can track down a suspect. 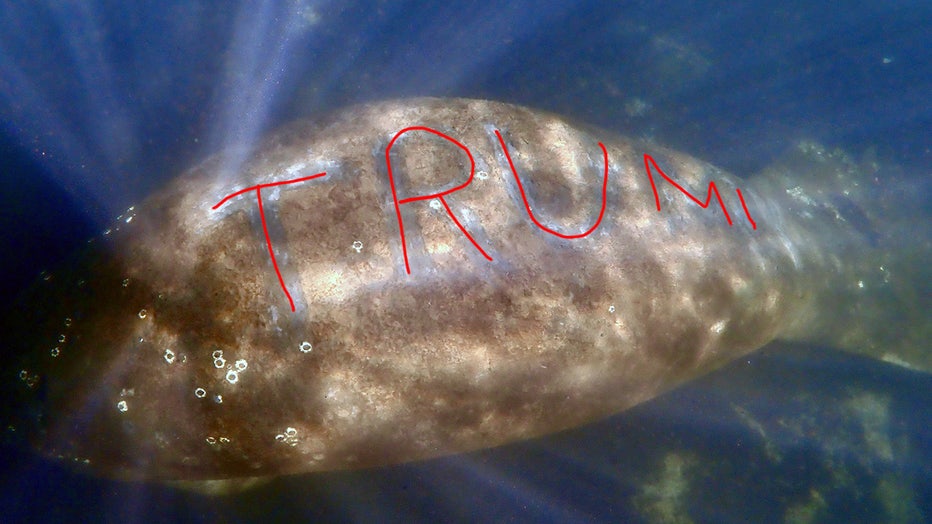 "We know that the reason this thing is going viral is because it was wrong," she added. "It’s just something that we don’t want to see. We’re there to educate."

The USFWS is asking anyone with information to call the Florida Fish and Wildlife Conservation Commission at 1-888-404-FWCC. They’ll forward tips along to federal investigators.