Multiple near-death experiences is how neighbors described the storm Friday morning that downed several massive trees and destroyed part of a family farm in Frederick County. The National Weather Service is now investigating whether a tornado struck the Monrovia and Mt. Airy sections of the county.&nbsp;

MONROVIA, Md. (FOX 5 DC) - Multiple near-death experiences is how neighbors described the storm Friday morning that downed several massive trees and destroyed part of a family farm in Frederick County. The National Weather Service is now investigating whether a tornado struck the Monrovia and Mt. Airy sections of the county.

At Burall Farm in Monrovia just off of Rt. 75, several family members stood in disbelief looking at the destruction. Wayne Burall Jr. tells FOX 5 he had already dropped his son off at school and returned home when he heard a large commotion.

“It wasn’t no warning. I just heard something coming. I mean literally 10 seconds that didn’t sound normal – it sounded like a freight train,” said Burall, who ran for cover in his closet.

When he walked outside, Burall found his farm’s machinery shed, a large structure just steps away from his home, obliterated. Strong winds ripped apart the shed and two silos on the property. Burall was stunned the storm missed his home and says his mother, who passed away in December, may have been watching over him.

“I thought that was it. Yeah, I thought it was over. Pretty much, yeah. I was praying. That’s all I could do. Like I said, I’ve been here all my life. I’ll be 46 in a couple weeks and I ain’t never seen wind this bad on this hill. It ain’t never nothing like that,” he added.

Burall said the “sheer-force” winds struck at around 7:55 a.m. There was a trail of debris from his farm all the way out to Rt. 75. There was also some damage reported to the old 75 & 80 Dragstrip.  A Frederick County Fire Department (FCDRS) Spokesperson says they received some 20 or more calls for help between 7:45 and 10 a.m. 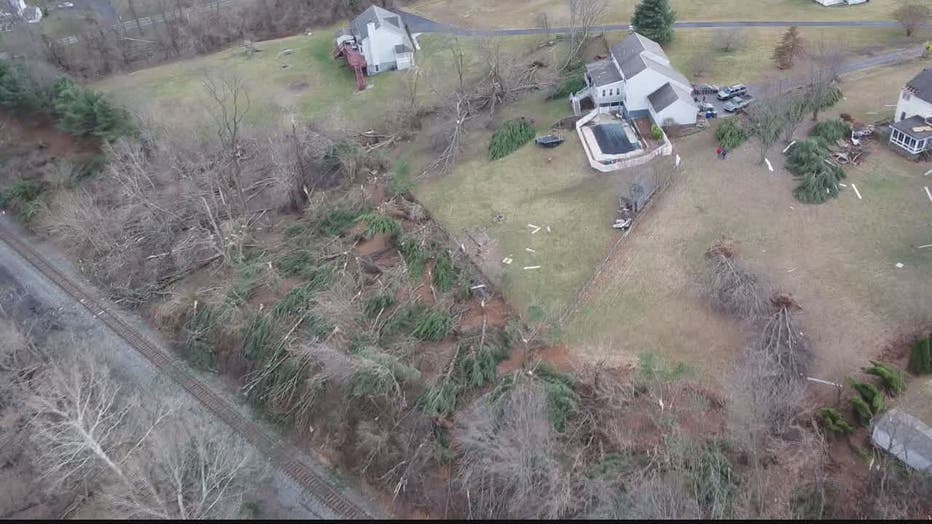 In Mount Airy and in a more wooded area, pine trees with tree bases nearly 6 feet wide, toppled toward a home with a woman inside. Thankfully, none of the large trees crushed the home, but there was some damage. Homeowner Howard Burrill says FCDFRS helped rescue his tenant from the home.

Just down his driveway on Jesse Smith Rd., photos showed a car flipped over. First responders believe the driver hit a live, electrical wire that was pulled down by the fallen trees. The fire department said speeding was not a factor. That driver is expected to be okay.

Back in Monrovia near Lynn Burk Rd. and Timber Run Ct.,is where “ground zero” of this storm appears to be located. It’s where the most damage was found in one place.

Richard Krop, who lives on Timber Run Ct., tells FOX 5 he first received the county storm alerts, and then a call from his wife.

“My wife called me. Of course, she’s crying. I mean, it’s just – to see just the devastation that mother nature can do was incredible,” said Krop. “...I’ll tell you, the county was great. They were out here already clearing streets. So we were fortunate there and like I said, we have a neighbor here. The gentleman’s on a wheel chair, on the second floor, all his windows got blown out, chimney blown down, I mean it could’ve been a lot worse.”

Their entire property is surrounded by down trees. One tree in particular, had it fallen in another direction, could have gone right through their back doors.

Despite all of the downed trees and power line damage, no fatalities were reported. 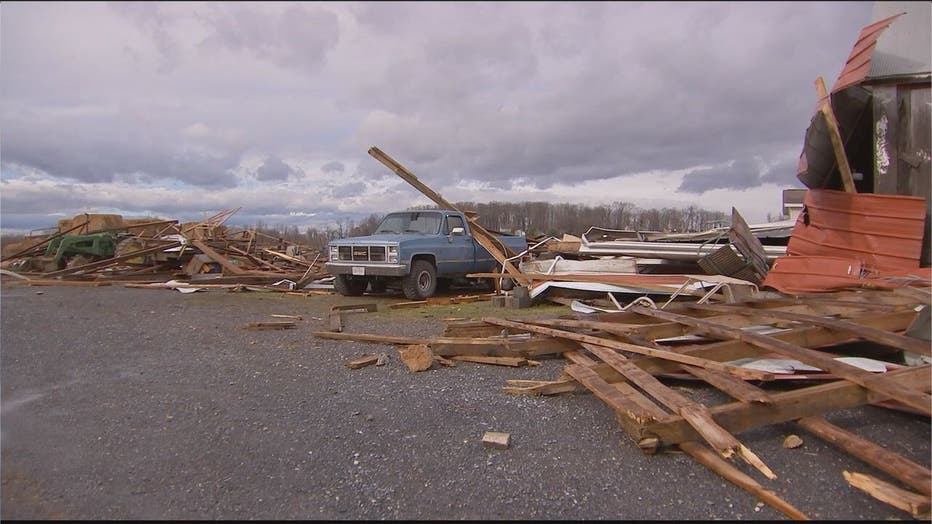 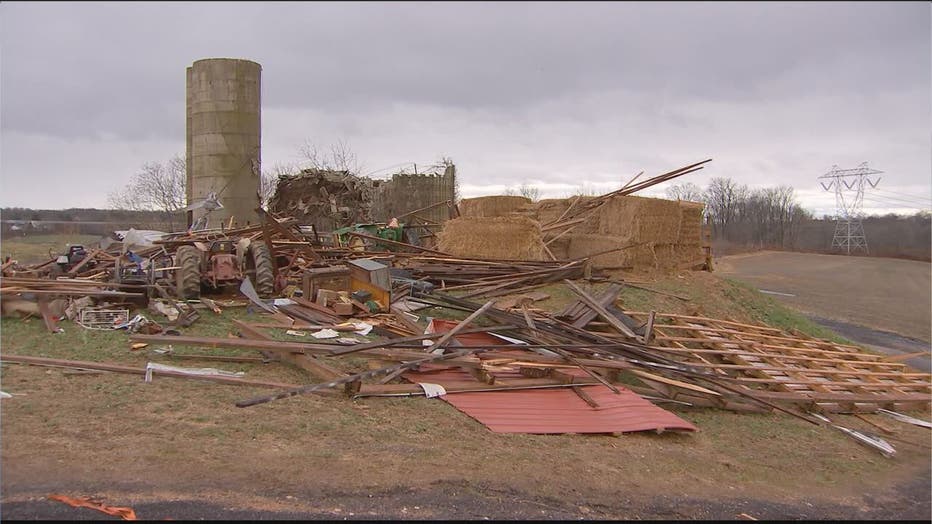