Strangers donated funds to send a 9-year-old Australian boy with dwarfism to Disneyland, but his family is hoping to give it to charity instead.

But Quaden Bayles’ family is prepared to give it away. According to a report by NITV News, they’d prefer the funds to instead go to charities like Dwarfism Awareness Australia and Balunu Healing Foundation that benefit others with Quaden’s condition. 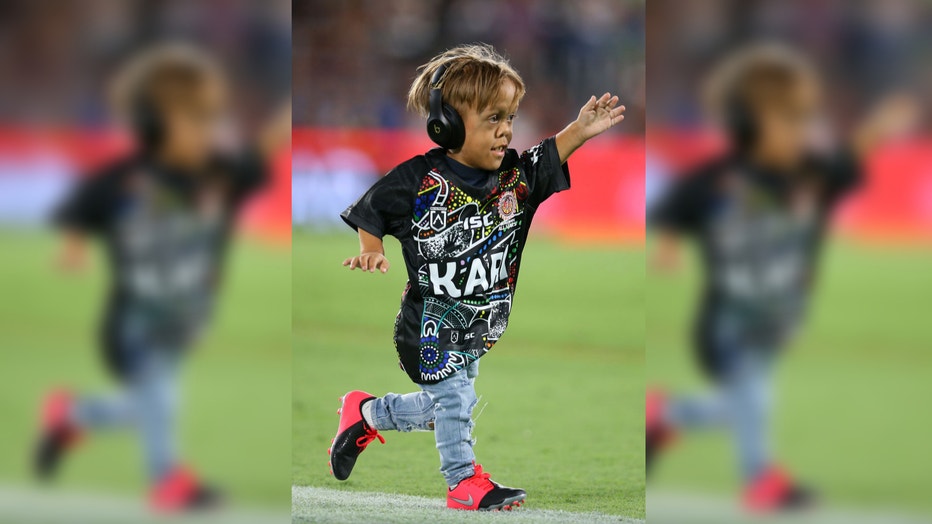 Quaden Bayles runs onto the field before the NRL match between the Indigenous All-Stars and the New Zealand Maori Kiwis All-Stars at Cbus Super Stadium on February 22, 2020 on the Gold Coast, Australia. (Photo by Jason McCawley/Getty Images)

"We want the money to go to community organizations that really need it. They know what the money should be spent on. So as much as we want to go to Disneyland, I think our community would far off benefit from that," Quaden's aunt Mundanara Bayles told NITV News.

Money poured in from across the globe once the world watched a tearful Quaden threaten to end his own life.

His mum, Yarraka Bayles, posted a video on Facebook that showed a hysterical Quaden shouting that he wants to die as a result of constant bullying.

American comedian Brad Williams, who has the same type of dwarfism as Quaden, started a GoFundMe campaign on Feb. 21 with the goal of sending the boy to Disneyland.

As noble of a gesture as it would be to give it all to charity, the family may hit a bit of a snag. GoFundMe requires all funds be used for the reason given on the campaign.

“All donated funds will be used solely for the purpose you have stated on and in connection with your campaign, and under no circumstances may you use the funds for any other purpose,” GoFundMe’s terms of service read.

The Bayles family is in contact with Williams, NITV News reported.