Family of man who fired shots, climbed wires in Petworth speaks out

The loved ones of DeAndre Bigesby, the man who suffered a public mental health crisis last week off Georgia Avenue in Petworth, are speaking out. FOX 5's David Kaplan sat down with his parents to talk about their son and the incident.

WASHINGTON - DeAndre Bigesby’s family has worked to find him help for a long time.

"I prayed to God that he gets some help, and that’s where I’m at," his mother Annette Bigesby told FOX 5.

Annette says her 39-year-old son is funny, and smart, and loves to cook, dance, and be with kids.

But she says he’s also a man suffering from a mental illness.

"His father and I have been dealing with this for years," Annette said.

Annette and John Coleman Bey, DeAndre’s father, watched in horror as their son had an episode last Wednesday in Petworth.

Police allege Bigesby threatened a group of women and fired a gun toward an officer in the moments before an hours-long standoff. 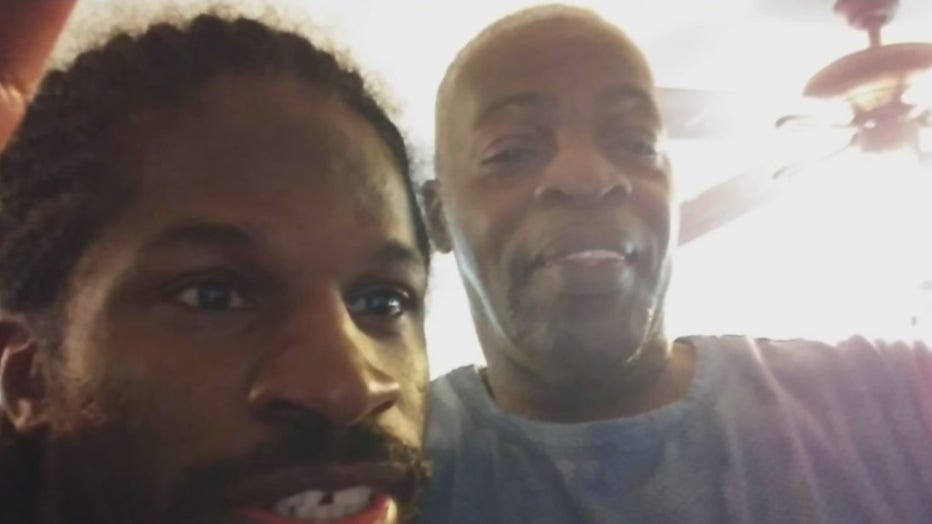 Annette was at the scene, terrified of seeing her son climbing on power lines.

"Watching the incident unfold with my son on Wednesday is heartbreaking," Annette said through tears.

Bigesby has received treatment, his family says, for schizophrenia in the past.

Mental health advocacy groups in D.C. believe more resources are needed in the District, but Bigesby’s family thinks there are enough for him that have been available.

Bigesby’s parents, joined by friend and mental health expert William Peterson, want to be more connected with the services he is getting to help DeAndre successfully manage being a part of the community.

They want support managing his illness, and they want to be told what to do, who to call, and how to de-escalate a crisis before the one that happened last week.

Man in custody after firing shots, exposing himself and climbing wires in northwest DC

Authorities say a man is in custody after firing shots, exposing himself and climbing wires and rooftops in a northwest D.C. neighborhood Wednesday in a standoff that lasted into the early morning hours.

"All the ingredients are there, but in order for the ingredients to come to reality, somebody has to take the time to make the simple calls and connectivity," Patterson said. "That is always the case, the resources are there."

FOX 5 spoke with the D.C. Department of Behavioral Health and other legal experts who said the nation’s patient privacy law, HIPAA, while important, presents some barriers for the type of communication Bigesby’s family desires.

With exceptions, HIPAA prevents the sharing of mental health information without the patient’s consent, even with family, and can create barriers between different providers that might be part of a patient’s care.

"It would be a helpful thing if folks at the jail or folks at the emergency room knew about this person’s history and was able to talk with this person’s provider," said Lewis Bossing, an attorney with the Bazelon Center for Mental Health Law in D.C.

While Bossing is not representing Bigesby, his group advocates for positive outcomes for mental health patients.

He said more can be done on a community level to abide by HIPAA and ensure patient privacy, but patients and families need help understanding the benefits of sharing medical information.

"We’re interested in communities creating systems where people who are receiving services can be engaged in understanding why it might be appropriate, or why it might be helpful to them, or useful to them to have information shared," Bossing said.

For now, DeAndre Bigesby’s family will continue to fight for him, advocate on how to be more involved, and focus on how to help him going forward.

"I’m here to support my son. I love my son," Annette said. "I’m not denying that’s my son. He’s my child. He’s my grown man. And all I want is the trained licensed professionals that he has been in their care to at least reach out to me."

Bigesby had a preliminary hearing Wednesday. All charges against him were held, and he was ordered to stay in the D.C. jail.

FOX 5 heard from the American Civil Liberties Union who called on more efforts to emphasize community-based mental health responses to people in crisis instead of police action.

The D.C. Department of Behavioral health also acknowledged that HIPAA does prevent patient information from being shared, but encourages families to call 988 if they need mental health help for a loved one.