Family dealing with back-to-back murders in the District

While some violent crime is on the decline, homicides in DC are almost on par with this time last year -- when the city experience a 10-year high. First on FOX 5, one family is dealing with the loss of two young mothers, killed in two separate crimes in Northwest.

WASHINGTON (FOX 5 DC) - A family is grieving after back-to-back murders of their loved ones in the District. Cousins Shantel Hill and Resha Blount were killed less than a mile apart in unrelated crimes.

“They left behind beautiful kids who won’t be able to see their moms,” said Shatara Hill, Shantal’s sister.

Shantal, 28, was a mother of three. On April 15, police say her ex-boyfriend, 20-year-old Carson Posey, shot her multiple times on North Capitol Street in NW. Posey is still on the run.

“We wouldn’t expect this from him at all,” said Shatara. “He was around family, so we got a chance to know this guy.”

She said her family was stunned by the killing, and then just two weeks later, they lost her 25-year-old cousin, Resha Blount, who was raising a young daughter. Police say she was shot inside an apartment building on New Jersey Ave. NW on April 30 in the middle of the afternoon. Police announced Tuesday that murder suspect Karlos Kinney, 20, turned himself in.

FOX 5 spoke to Shatara less than an hour after the news broke.

“I didn't get that news yet. Really?” she said. “That’s amazing. Yes, justice for her.“

While some crime is on the decline due to coronavirus and stay at home orders, homicides in D.C. are almost on par with this time last year, when there was a ten year high.

Police say the pandemic hasn’t changed how they go after violent suspects.

“I don’t believe that the coronavirus has lessened our ability to go out to fight crime or to pursue the criminals, particularly violent criminals,” said Cpt. Anthony Haythe, with the D.C. Police Homicide Branch.

For a heartbroken family, the virus is only making a dual tragedy more difficult.

She said she hopes to get justice for her sister.

Carson Posey is considered armed and dangerous. Police say call 911 if you see him.

The Metropolitan Police Department currently offers a reward of up to $25,000 to anyone that provides information which leads to the arrest and conviction of the person or persons responsible for any homicide committed in the District of Columbia. Anyone with information about this case is asked to call the police at 202-727-9099. Additionally, anonymous information may be submitted to the department’s TEXT TIP LINE by sending a text message to 50411. 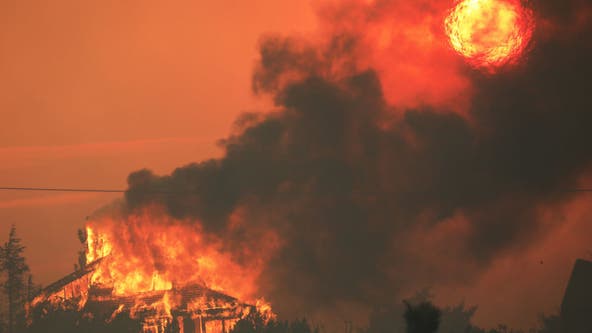