The visual, which was released Thursday by the department, begins with redacted 911 calls from the July 7 incident.

"We have a family member here who was having a bit of a psychotic break," the caller says. "He's here now. He's throwing some stuff right now, so if we can get a dispatch that would be really helpful."

Fairfax County Police released body camera footage on Thursday from on officer-involved shooting that happened in June at a home in McLean leaving a man, who police say was swinging a bottle at officers, dead.

When officers arrive at the house on the 6900 block of Arbor Lane, just after 7 p.m., they can be seen talking with family members outside the residence.

According to Fairfax County Police Chief Kevin Davis, officers responded with a crisis intervention team along with a clinician but were initially unable to find Lynch. After another 911 call was made around 8:45 p.m., officers were able to find him inside the residence where both calls originated from.

FOX 5's David Kaplan details the investigation into an officer-involved shooting in Fairfax County, following an incident in a McLean home on Thursday, July 7.

Police said a family friend contacted them because they were worried about Lynch's safety.

The bodycam footage shows the troubling encounter with Lynch inside the house.

In one hand, Lynch can be seen holding a wine bottle, and in the other hand is a tribal mask. The video zooms in to show both objects clearly.

Officers can be heard repeatedly telling Lynch to put the objects down. "It's alright, bud," one says.

Lynch disregards the demands and throws the mask at the officers and then runs after them swinging a bottle. Tasers were deployed multiple times by two officers, and the third officer subsequently fired their weapon — hitting Lynch four times.

"I think it's safe to say that they were several feet away and both taser prongs, if prong is the right word, have to both hit in order for it to take effect," Davis said. "And our investigation will reveal if in fact those tasers took effect, and if they didn’t why not."

While no officers were injured during the shooting, Lynch was pronounced dead at the scene. 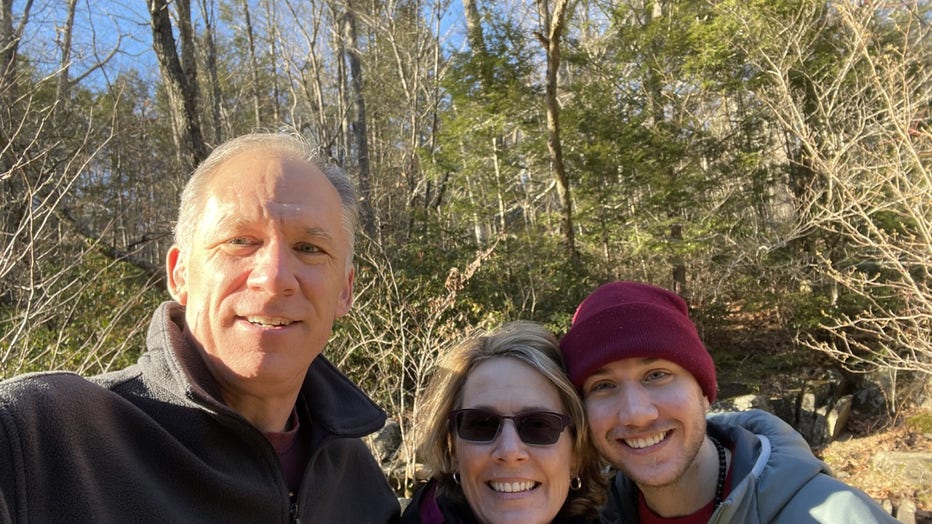 "Our son, Aaron, was experiencing a severe mental health crisis on July 7. He was scared and asked for both of the 911 calls that were made that day. We believe that the three police officers who answered the second 911 call could have, and should have, handled this far differently," the statement reads. "To respond to Aaron’s mental health crisis by shooting him at all, let alone multiple times, cannot be justified. We recognize that, at times, police officers face grave and unknown dangers in the line of duty, but that was not the case for that call at our home regarding our son. Aaron was about 5’ 6", slightly built, and holding just a bottle and a decorative mask.

"As parents, we mourn the heartbreaking loss of our son and are left with only memories and regret. Had we known there was any possibility that the police responding to the second 911 call would use lethal force against Aaron during a mental health crisis, we would not have involved them until a mental health counselor could be present, as was the case for the response to the first 911 call. We hope our efforts to find out more about this incident will, in the future, help families in similar situations avoid such a tragic outcome."

Police Chief Davis spoke on why a clinician was not on that second call during a press conference.

He said the reason is that the department is still early on in its crisis-responder program, and they currently have only one clinician — but hope to add up to 15 more.

The officer who shot Lynch has been identified as First Class Edward George. He has been placed on administrative status.