RESTON, Va. - Firefighters rescued one person and their cat from a house fire Sunday afternoon in the Reston area of Fairfax County. 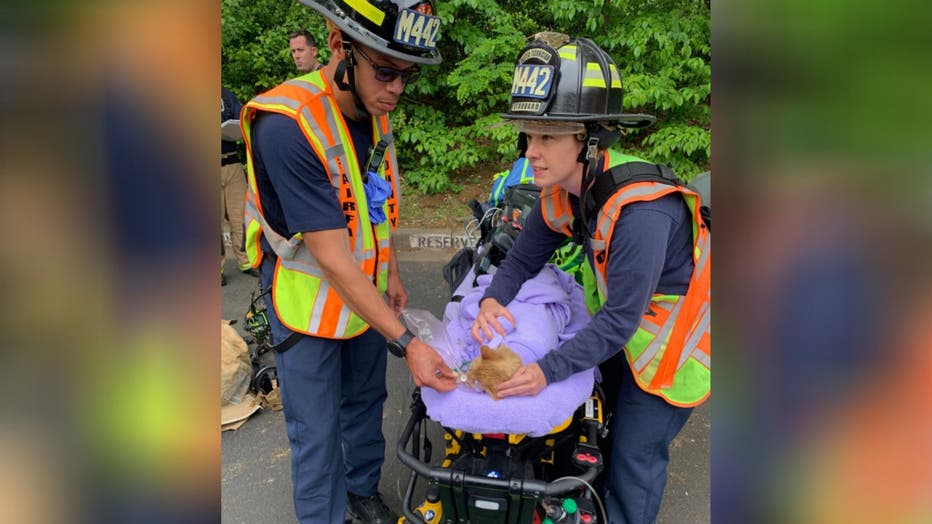 Fairfax County rescue personnel care for a cat they saved from a burning building in Reston. 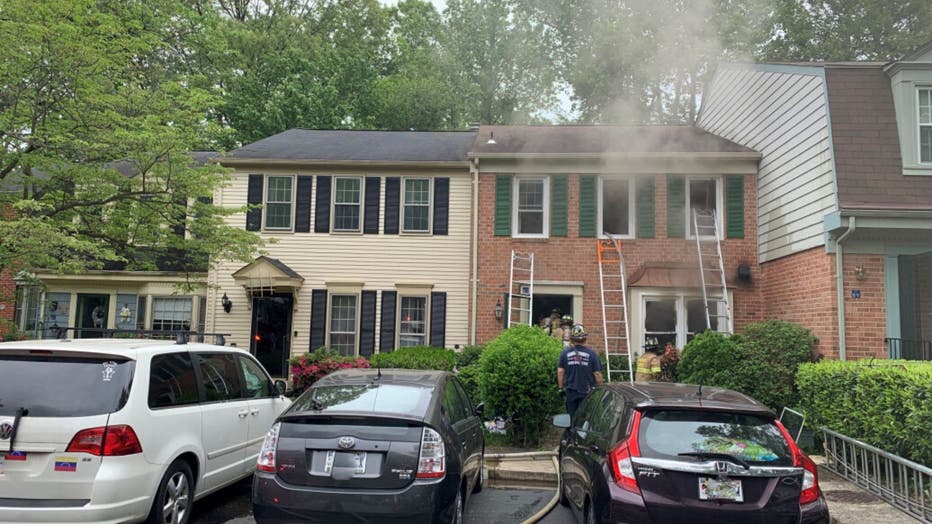 The fire was reported around 1:30 p.m. in the 2200 block of Double Eagle Court. Crews helped the home's occupant to safety from a second floor window using a neighbor's ladder. A cat was also rescued and resuscitated by emergency crews. Sadly, officials say five other cats died in the blaze.

Officials believe the fire began in electrical wiring in a ceiling light fixture in the kitchen area and described it as accidental in nature. The occupant was alerted to the fire by a smoke alarm and was not injured. A firefighter was transported with a minor injury.