In November, the CEO of Solidcore announced the boutique fitness brand would defy a D.C. order banning indoor group fitness classes, leading to an investigation by regulators that revealed the company's eight locations never had licenses to operate, according to public records obtained by FOX 5.

WASHINGTON (FOX 5 DC) - In November, the CEO of Solidcore announced the boutique fitness brand would defy a D.C. order banning indoor group fitness classes, leading to an investigation by regulators that revealed the company's eight locations never had licenses to operate, according to public records obtained by FOX 5.

The notices from the Department of Consumer and Regulatory Affairs came with a cease and desist order in reference to the company operating group fitness classes after Mayor Muriel Bowser's order which banned them indoors.

One such notice said, "it has come to the attention of DCRA that all eight Solidcore locations appear to be operating without the applicable business license." The notice is accompanied by a fine of just over $2,000.

DCRA tells FOX 5 it has fined Solidcore nearly $16,000 for the license violations.

Solidcore opened in D.C. in 2013 and currently operates eight locations of its pilates-style studios, none of which have ever legally been allowed to operate, according to DCRA. 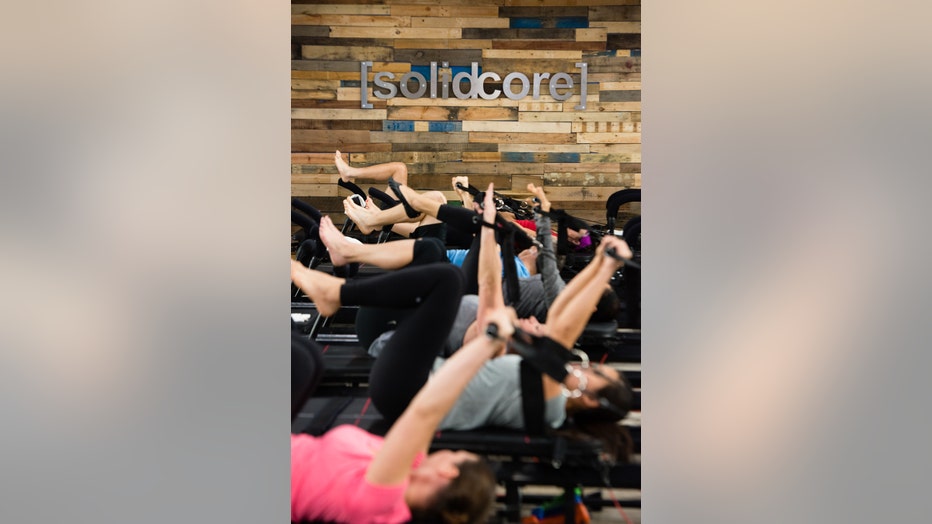 A spokeswoman for Solidcore provided records showing an application for a business license dated in 2018 and said the company believed it was licensed after submitting the paperwork.

DCRA says Solidcore never completed the application process and should have been aware it didn't have licenses for its locations because the licenses are required under D.C. law to be displayed.

"We count on District business owners and their attorneys to understand and adhere to the law. While we periodically conduct industry-specific blitzes, licensing investigations are largely complaint driven. In this instance, we didn’t previously receive any complaints. As these high fines indicate, however, the price for not following the District’s licensing laws is quite steep," reads a statement by DCRA.

In a letter to DCRA, Solidcore asks that the fines be reduced or eliminated, calling the issue an "administrative error."

"In late November, we were notified by DCRA that the city did not have [solidcore]'s business licenses on file. We were able to furnish, from our records, copies of our submitted paperwork from several years ago and immediately provided those to DCRA. We are in the process of appealing the citation which was issued for non-compliance in light of what appears to be an administrative error."

As of this month, Solidcore has current valid licenses.