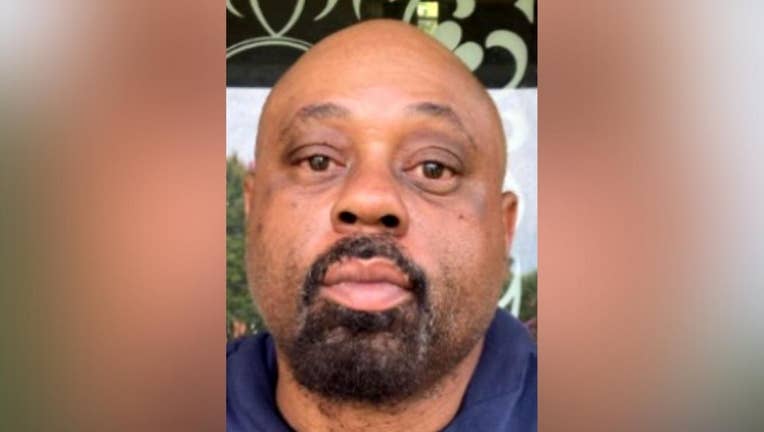 FAIRFAX COUNTY, Va. - A former counselor at a northern Virginia middle school has been charged with providing false information to the state’s sex offender registry.

Thornton’s tenure as a counselor at Glasgow Middle School in Fairfax County has prompted multiple investigations.

He was arrested in November 2020 for solicitation of a minor in Chesterfield County as part of an online sting operation. He was convicted and ordered to register as a sex offender, but he remained employed as a school counselor until earlier this month.

Fairfax County Public Schools did not place him on leave until June of this year, when he was again charged in a second online sting by Chesterfield police.

Fairfax County School officials released a letter to staff Thursday notifying them that a counselor at a middle school in the county had previously been convicted of solicitation of prostitution from a minor. FOX 5's Sierra Fox reports.

Virginia Gov. Glenn Youngkin and others criticized the school system after Chesterfield police in said they informed Fairfax County administrators about Thornton’s arrest back in 2020.

This week, though, police acknowledged the emails they sent to Fairfax County never went through because of typos in the email address.

In addition, Thornton’s profile on the sex offender registry described him as unemployed, even though he held a job with Fairfax County Public Schools. State Police said Thursday that Thornton

Thornton was being held Thursday in the Richmond city jail. It was not immediately clear if he had a lawyer.

Fairfax County Superintendent Dr. Michelle Reid said an investigation is underway into how the Commonwealth handles information of criminals between jurisdictions and across state lines.

"It is clear as a school division we’ve made some mistakes. And it is my responsibility now moving forward that our house is in order," Dr. Reid said.

Parents in the area are still uneasy about their children’s safety.

"I was kind of upset, mad that he was able to stay in the system as long as he was," said Mark DiGeronimo, who has a 7th grader at Glasgow Middle School.

Many of those at Tuesday's community meeting with the superintendent said their kids had direct contact with Thornton.

"I started wondering if my son was having problems because of what I recently found out,"  Staci Ali-Abrahim said. "My son confirmed that’s not the case but all these scenarios go through your mind as a parent."

Some parents learned Thursday of another incident nearly three years ago.

A substitute teacher was charged for indecent liberties involving two students at the school.

"What’s particularly shocking for me this is the second incident at one school in Fairfax County makes me very unable to sleep tonight," said Kathleen Brown, a mother of two in the school district. "Can we really say this is not surely happening in the rest of the county?"

With nearly 30,000 employees in the school district, parents say they’d like to see accountability to ensure this doesn’t happen again.

"One of my concerns now is are there other folks working within the school system who have also slipped through the cracks as this person apparently did and what’s going to be done to see and check," Ali-Abrahim said.

Dr. Reid says they are doing background checks on every employee, and they expect the findings of their full investigation to be released in early September

In the meantime, she's asking any student who may have had uncomfortable interactions with Thornton to come forward.