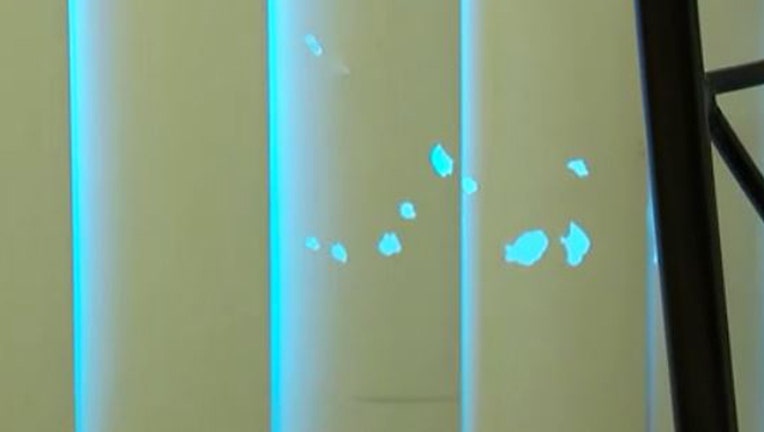 Bullet holes in an apartment after a mass shooting that injured seven at a 2-year-old's party Saturday night in Camp Springs, Maryland. (Fox 5 DC / Joe Wagener)

Police say no one died in the shooting around 9 p.m. Saturday in the 6200 block of Maxwell Drive. Three people were in critical condition as of Sunday afternoon.

The shooting has drawn the attention of national news outlets and Governor Larry Hogan, who says he's offering his full support to Prince George's County police as they investigate.

"Enough is enough," Hogan said in a statement Sunday. "It's time for all of us to take a stand together to address this out-of-control violence and get these shooters off our streets."

A neighbor showed Fox 5 holes from bullets that shot through his family's apartment, shattering a bathroom mirror. Take a look:

A neighbor shows us bullet holes in his apartment after a mass shooting that injured seven Saturday in Camp Springs, Maryland.