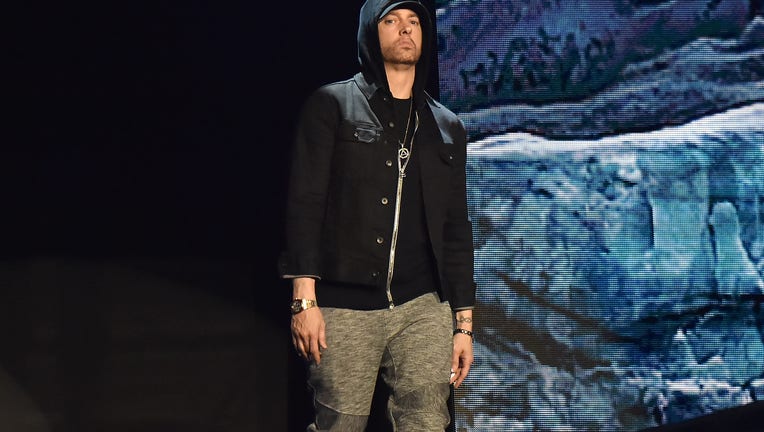 LONDON, ENGLAND - NOVEMBER 12: Eminem performs on stage during the MTV EMAs 2017 held at The SSE Arena, Wembley on November 12, 2017 in London, England. (Photo by Kevin Mazur/WireImage)

(FOX 2) - Eminem came face-to-face with an intruder earlier this month at his home in a gated metro Detroit neighborhood, TMZ is reporting.

The TMZ report says a man slipped passed the Detroit rapper's security and got into Eminem's house, all the way into his living room in the middle of the night.

TMZ says law enforcement identified the suspect as 26-year-old Matthew David Hughes, and say he used a paving stone to smash a kitchen window and climbed inside the house around 4 a.m. Eminem woke up to the security alarm going off.

Eminem reportedly then called for his security team and they were able to hold the suspect until police got there.

TMZ reports the break-in was blamed on a sleeping security guard.

Michigan court records show Hughes is in custody and was booked on charges of first-degree home invasion and malicious destruction of a building.

According to his jail record, the incident for which he's been charged happened on April 6, 2020 in Clinton Township. 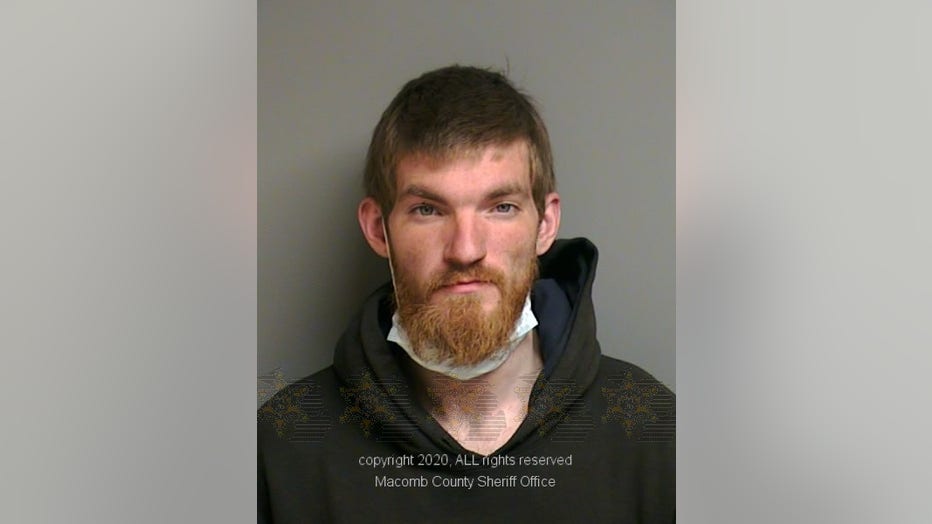 TMZ reports it appears Hughes wasn't trying to steal anything and just wanted some time with the celebrity.

Hughes is being held on a $50k bond at the Macomb County Jail.

FOX 2 Detroit is working to confirm the report with local police.