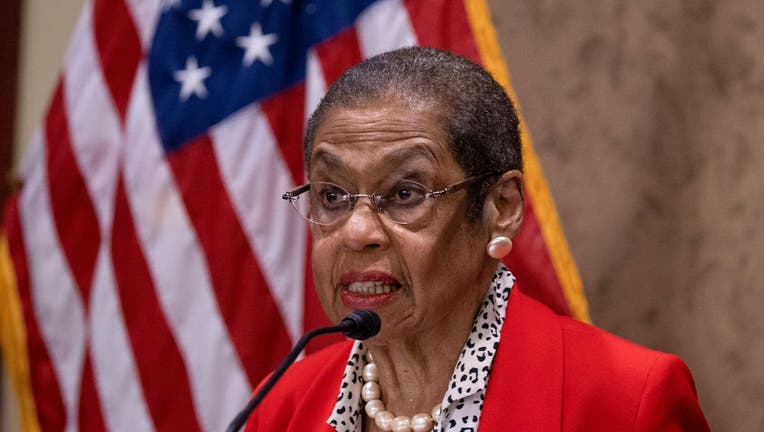 Del. Eleanor Holmes Norton (D-D.C) speaks on Capitol Hill on July 23, 2020 in Washington, DC. The bill defies longstanding precedents in treating the District of Columbia as a territory instead of as a state for federal funding under the $150 billion

WASHINGTON - With many lawmakers calling for Pres. Trump's removal via resignation, the 25th Amendment or another impeachment, D.C. Delegate Eleanor Holmes Norton is looking to strike a compromise.

Norton on Sunday called on Congress to censure the president for his role in Wednesday's deadly riot at the U.S. Capitol.

A censure is a formal reprimand or statement of disapproval.

And while a censure would lack the teeth of an impeachment, Norton says it would be a more politically palatable option for Congress to pass.

"Censure is the only remedy that can pass both chambers immediately and, unlike impeachment, will not delay President-elect Biden’s agenda in the Senate," she said in a statement.

Some Democrats, including Norton, fear that an impeachment could disrupt Biden's first few weeks in office.

The Senate is out of regular session until Jan. 19, the day before Biden's inauguration. It's unlikely it would take up any approved impeachment hearings until then at the earliest.

Still, there's some bipartisan agreement that Pres. Trump must not go unpunished for his role encouraging the "Save America March" that led to five deaths and terrorized lawmakers certifying his opponent's election victory.

Other legislation by Rep. Jamie Raskin (D-MD) and other lawmakers is also gaining support: