A driver fleeing a Secret Service traffic stop in D.C. struck two women Friday evening, killing one of them, and critically injuring the other.

WASHINGTON - A driver fleeing a Secret Service traffic stop in D.C. struck two women Friday evening, killing one of them, and critically injuring the other.

D.C. police said the incident occurred after a member of the Secret Service pulled the driver over on 14th Street and New York Avenue in Northwest around 4:30 p.m.

U.S. Secret Service and D.C. police discuss the events that led up to a fatal collision near the White House that left one woman dead, and another woman injured.

While trying to escape, the driver drove through an intersection, struck a vehicle, and then hit two women who police said were crossing the street. The driver stayed in the area after the collision and was subsequently taken into custody. 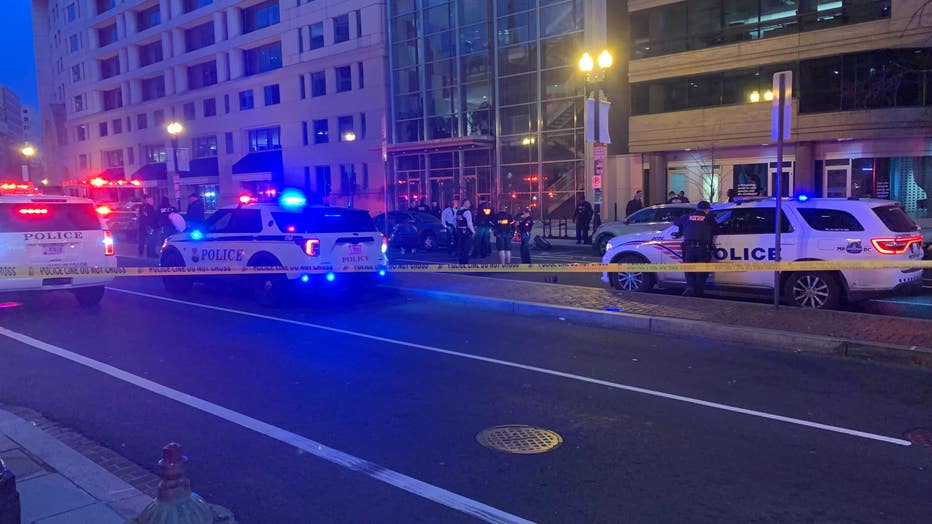 Officials have revealed that both women were transported to local hospitals where one of them was later pronounced dead. The other victim is currently in critical condition, police said.

Authorities have identified the driver as 35-year-old Spiro Stafilatos. He faces murder, aggravated assault, no permit, and misuse of tags charges. Anyoen with information is asked to contact police at 202-727-9099.