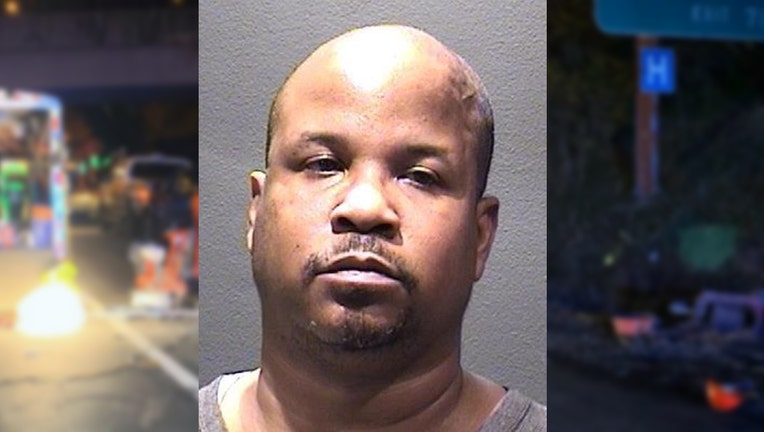 ARLINGTON, Va. (FOX 5 DC) - Four highway workers remained hospitalized Thursday after police say a man behind the wheel of an SUV swerved into their work zone on I-66 in Arlington County, striking six of them.

Virginia State Police say the driver, identified as Kevin Lamont Blyther, 44, of Centreville, then ran from the scene with another man.

They were tracked down and taken into custody at gunpoint.

The six workers are employed by Southern Traffic Services, a company based in Florida that installs continuous counting stations.

None of the six sustained life threatening injuries. As of Thursday morning two had been released.

Authorities said Blyther was behind the wheel of a GMC Yukon when it struck six highway construction workers. Three people were in the GMC.

According to State Police, Blyther and another person ran away after the crash, but they were both caught near the scene.

Authorities say eight people have been injured after a DUI driver struck construction workers on Interstate 66 in Arlington County.

None of the six sustained life threatening injuries. As of Thursday morning two had been released.

The workers were on the side of I-66 westbound near Quincy Street around 12:30 AM when police say Blyther hit them with his GMC Yukon. At the time a Virginia State Trooper was protecting the work zone in a cruiser with flashing lights. 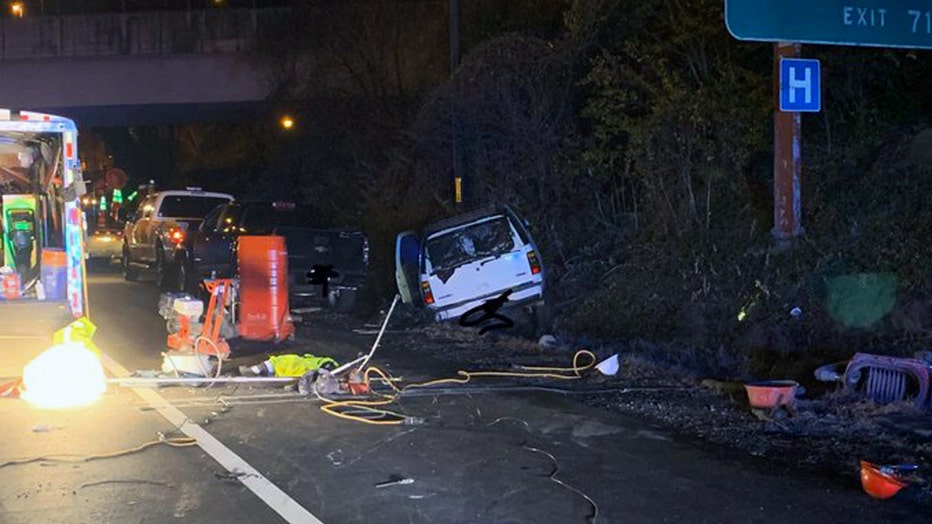 A DUI driver struck six construction workers on Interstate 66 in Arlington County on Thursday, Dec. 5, 2019, according to police.

Court records show Blyther has had near constant contact with law enforcement over the last several years in Arlington, Alexandria and Fairfax. He has had his drivers license revoked four times and in July of 2017 he barricaded himself inside his Centreville home for six hours after a domestic dispute. Fairfax police later took him into custody and charges were filed.

It's unclear what happened to the other man who ran from the scene. Police have not said. A third man remained in the Yukon.

Blyther is currently being held in the Arlington County Jail.

A spokesperson for Southern Traffic Services declined to comment.