LANGLEY PARK, Md. - Authorities say dozens of residents have been displaced after a Thanksgiving Day fire at an apartment building in Prince George's County.

The fire was reported around 11:50 a.m. Thursday at an apartment in the 2200 block of University Boulevard in the Langley Park area. 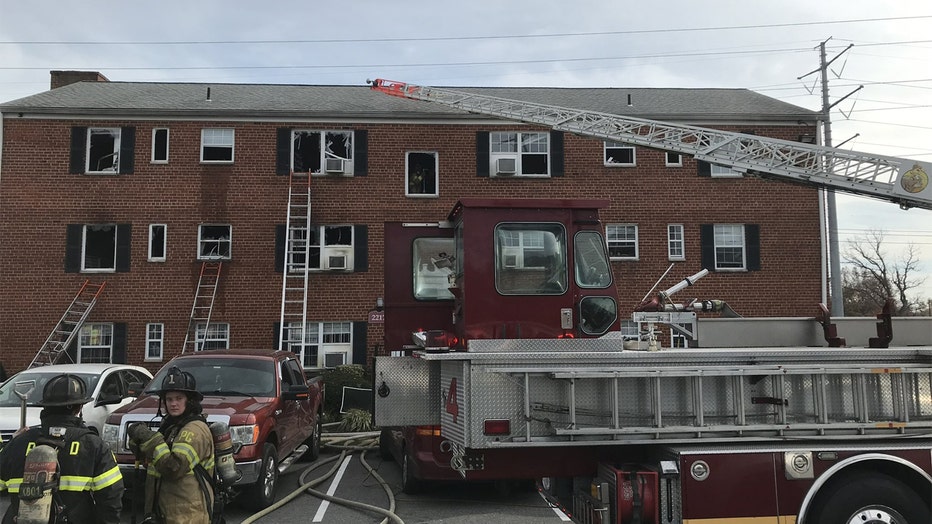 Firefighters arrived to find smoke and fire in second floor of the multi-family building. No injuries were reported.

Fire officials say that during the process of securing power to the building, 28 adults and 17 children were displaced. Property management was on scene assisting residents and helping them find a place to stay until power was restored.

The fire began in a kitchen and caused $15,000 in damage. Authorities have ruled the blaze accidental.